Buddha and not 'yudh', PM Modi's message of peace at UNGA 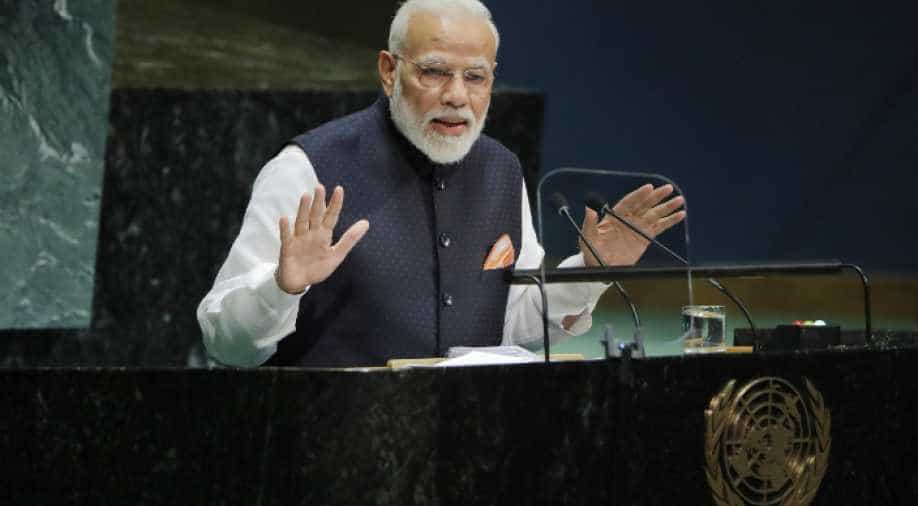 "Our country has never given 'Yudh' (war) to the world. It has given Buddha. It has always given the message of peace to the world," the Indian prime minister told the UN General Assembly.

Speaking in Tamil, PM quoted Kaniyan Pungundranar saying, "we have a feeling of oneness for all the places and people who are our own". He also quoted Swami Vivekananda saying India's message is "harmony and peace".

Climate change also formed a crucial part of his speech with PM saying, "we are one of the foremost countries to take steps on climate change.. we started the international solar alliance."

He invited world leaders to join India to lead "coalition for disaster resilient infrastructure" that will help the world to create an infrastructure which can withstand natural disasters.

Waring the world about the threat of terror, PM said, "terror is common fight of the world. The world is divided on terror that impacts the principals that lead to the birth of UN. The world needs to speak in one voice on terror."

Interestingly he made no mention of Pakistan during his speech, sending out a clear message of dehypenation to Islamabad. This is his second address to UNGA since 2014.

Unlike the Indian prime minister speech, Pakistani Prime Minister Imran Khan spoke for 40 minutes and overshot his time limit. He raked up Kashmir, as expected and threatened that "there would be another Pulwama and guess what will happen, they would blame us."