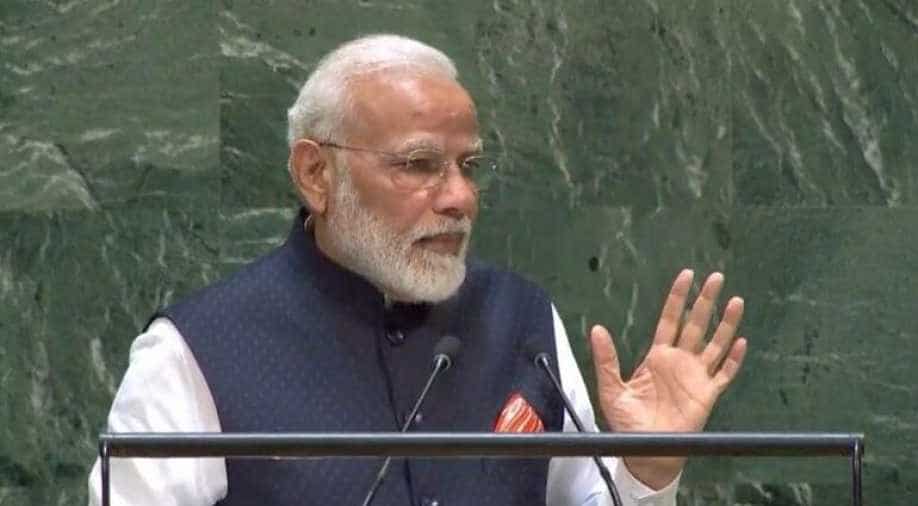 Addressing the United Nations General Assembly (UNGA), PM Modi said that terrorism is a challenge not for any one country, but for the entire world.

Prime Minister Narendra Modi on Friday said that that terrorism is a challenge not for any one country, but for the entire world.

Addressing the United Nations General Assembly (UNGA), Prime Minister Narendra Modi, said that we believe that terrorism is not a challenge for any country, but all countries and of mankind as a whole. So for the sake of humanity, all the world has to unite against terror.

Speaking at the 74th UNGA session, PM Modi recounted India's contribution towards world peace and said that India is the country that has made the biggest sacrifice at the United Nations peacekeeping missions.

Mentioning the non-violence, the founding principle of Gandhian philosophy, PM Modi said that we belong to the country that has given the world- Buddha, not Yuddh (war).

"Swami Vivekananda Ji had given a message to the world from Chicago during the World Parliament of Religion about 125 years ago. The world's largest democracy still has the same message for the global community - harmony and peace," he added.

The last six days at United Nations General Assembly have been filled with action. It all began with the mega 'Howdy, Modi' event in Houston with US President Donald Trump joining the Indian prime minister.

PM Modi's address tonight was his first after taking charge as India's prime minister for the second time in May this year.