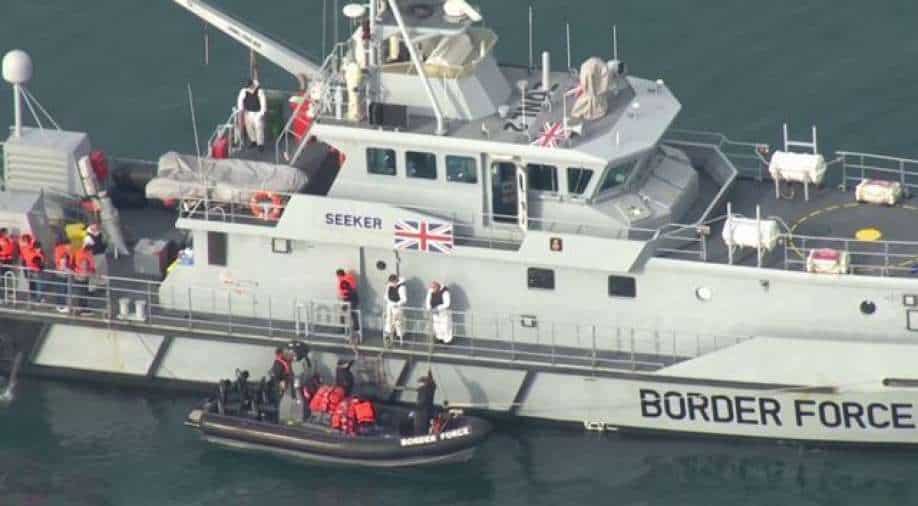 On Saturday, UK interior minister Priti Patel said that under the deal, the number of officers patrolling French beaches would double, and new equipment including drones and radar would be employed.

The British government has struck an agreement with France to double the number of police patrolling beaches in the country's north in an attempt to stop people crossing the English Channel in small boats.

On Saturday, UK interior minister Priti Patel said that under the deal, the number of officers patrolling French beaches would double, and new equipment including drones and radar would be employed.

This year, hundreds of people, including some children, have been caught crossing to southern England from makeshift camps in northern France - navigating one of the world`s busiest shipping routes in overloaded rubber dinghies. Some migrants have drowned.

Patel said in statement that the agreement represented a step forward in the pair`s mission to make channel crossings unviable.

"Thanks to more police patrols on French beaches and enhanced intelligence sharing between our security and law enforcement agencies, we are already seeing fewer migrants leaving French beaches," she said.

The UK and France plan to continue a close dialogue to reduce migratory pressures at the shared border over the next year, she added.

Patel told UK media that French authorities had stopped 5,000 migrants from travelling to the UK so far this year. She said over the last ten years, the UK had given France 150 million pounds to tackle immigration.

She said the recent focus by authorities on stopping small boats meant they were now seeing more migrants trying to cross the Channel via lorries, and that border security was being tightened in France to try to stop that.

Many migrants appear to have turned to small boats organised by smugglers during the coronavirus pandemic because virus restrictions have reduced traffic between France and Britain.

Last month, a family from Iran, including two parents and their children aged 6 and 9, died when their boat capsised in the Channel. Their 15-month-old son is missing and presumed drowned.

Aid and human rights groups say the best way to stop the journeys is to provide safe routes for people to seek asylum in Britain.

Britain is also planning to introduce a new asylum system through legislation next year, Patel said.