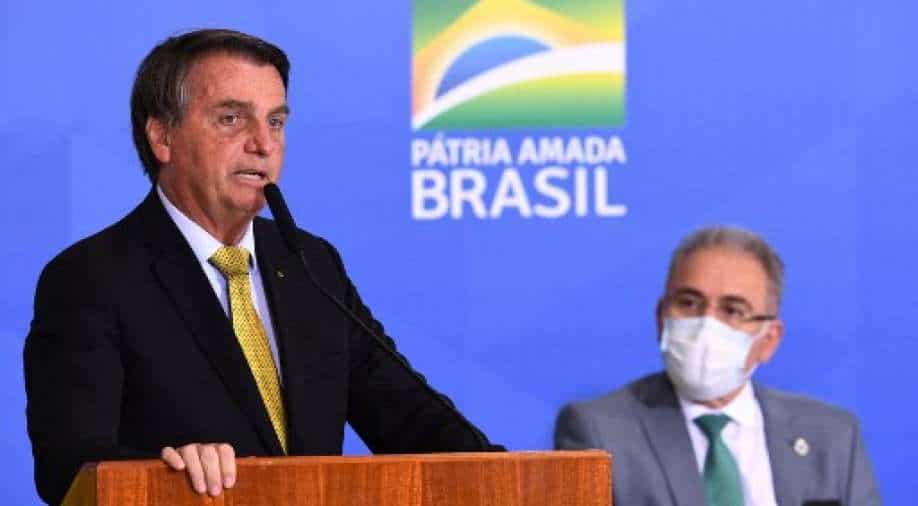 Brazil’s health minister Marcelo Queiroga has tested positive for COVID-19 after attending the UN General Assembly in New York with President Jair Bolsonaro, according to an official statement.

The Brazilian government said on Tuesday that Queiroga, who had received a COVID-19 vaccine, was the second member of Bolsonaro’s entourage to test positive for the virus since arriving in New York for the 76th session of the UNGA.

“The other members of the delegation have been tested and are negative," said the official Brazilian government press release.

Queiroga earlier told CNN Brasil that he had worn a mask the entire time when he was in the UN building.

According to reports, Queiroga was with Bolsonaro at several events, including a meeting with British Prime Minister Boris Johnson on Monday.

Bolsonaro, a vaccine sceptic and who appeared without a mask on several occasions during his visit to the US, has repeatedly asserted that he would be “the last” Brazilian to get the jab.

In his speech to world leaders at a meeting where the Covid pandemic was top of the agenda, Bolsonaro said his government did not support the use of a vaccine passport and stood by treatment of the virus with unproven drugs such as the anti-malarial hydroxychloroquine.

COVID-19 has killed 591,440 Brazilians in the world’s second-deadliest outbreak after the United States.

As vaccination advances in the country, the rolling 14-day average of COVID deaths has fallen to 519 a day, compared with almost 3,000 at the peak of the pandemic in April.