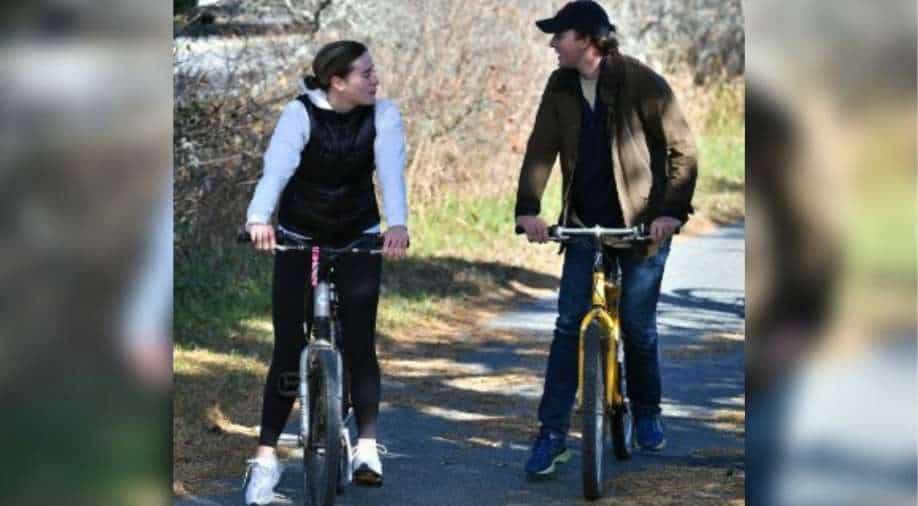 In this file photo taken on November 25, 2021, Naomi Biden, the granddaughter of US President Joe Biden, and her fiancé Peter Neal ride bikes in Nantucket, Massachusetts. Photograph:( AFP )

Wedding bells to ring soon in the White House as the United States President and First Lady Jill Biden are all set to host a wedding reception for their granddaughter Naomi Biden later this year.

On Monday (April 4), Naomi tweeted: "Peter and I are endlessly grateful to my Nana and Pop for the opportunity to celebrate our wedding at the White House. We can't wait to make our commitment to one another official and for what lies ahead."

The news was also confirmed by the First Lady's communications director Elizabeth Alexander to CNN as the mentioned media outlet stated that the White House reception is set for November 19. However, there is no official statement yet on where the nuptial ceremony will take place.

"The president and first lady will host the wedding reception for their granddaughter Naomi Biden and her fiancee Peter Neal at the White House," Alexander tweeted.

"The first family, the couple, and their parents are still in the planning stages of all of the wedding festivities and look forward to announcing further details in the coming months," she added.

According to CNN, Neal, 24, proposed to attorney Biden, 28, near his childhood home in the fancy ski resort of Jackson Hole, Wyoming.

ALSO READ | Cloning pets is all the rage, and it can cost thousands of dollars. Here's how it works