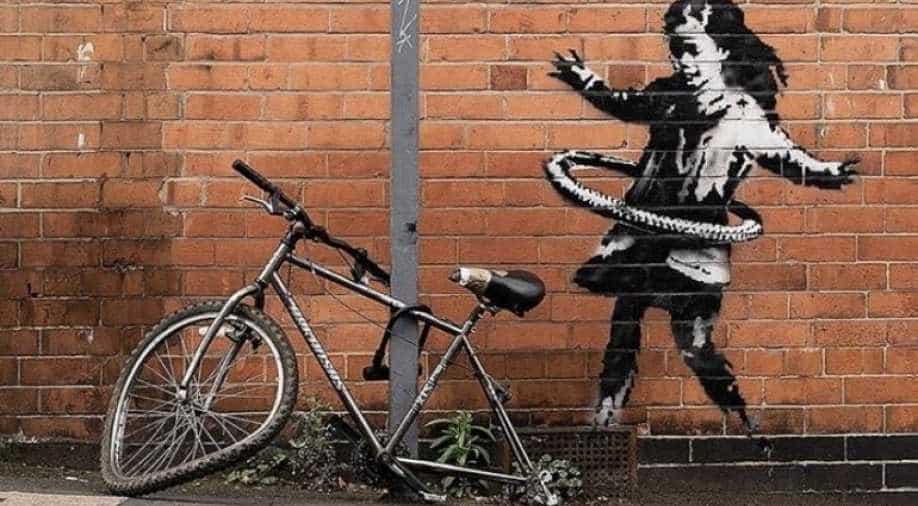 The popular British artist Banksy has claimed the new artwork that appeared on the corner of a wall on the Rothesay Avenue road.

The artwork shows a young girl hula-hooping and is painted in Banksy's speciality of the black and white tone of colours and shade.

The interesting thing about the artwork is that the girl is using a bicycle tyre as the hula-hoop to play with and there is a broken bicycle with a missing tyre parked near the artwork at the wall of the area which is usually classified as a 'student area'.

The artwork gained a lot of praise from the locals and internet fans all over the world. However, some of the locals took to social media to report that the artwork was destroyed and painted over within hours.

Banksy is famous for his witty artwork that reflect on the happening of the world, this one assumably pointing towards the imbalanced spread of wealth and the concept of luxury.

The British artist rose to fame this year with his works that commented on the ongoing coronavirus oandemic and the fight in the US for 'Black Lives Matter' and against police bruatlity. In August, he also funded a boat crewed by volunteers to rescue refugees in the Mediterranean attempting to reach Europe from Africa.