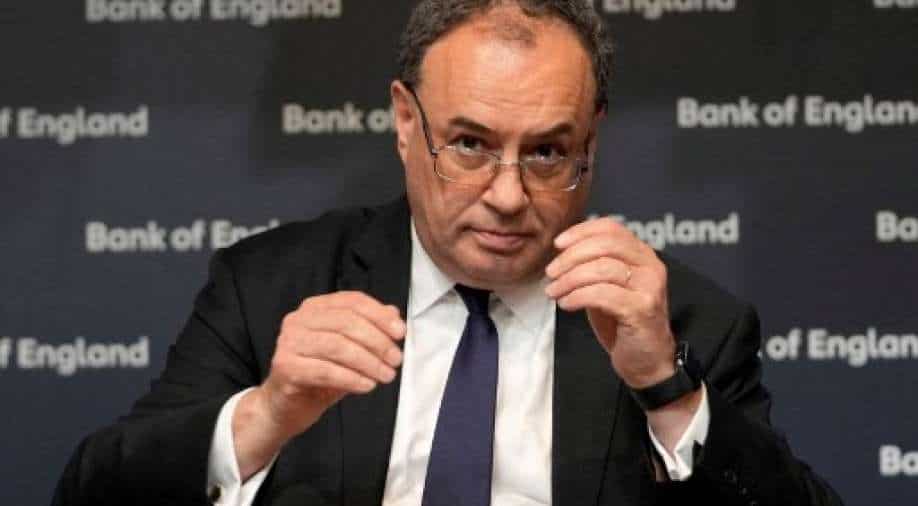 Governor of the Bank of England Andrew Bailey Photograph:( AFP )

The disruption in supply chain has resulted in surging inflation across the world and Bailey warned the MPs on the Treasury Select Committee of a "very big income shock".

The ongoing Russia-Ukraine conflict has impacted the global economy deeply and the Governor of the Bank of England Andrew Bailey believes that the global food prices can reach ‘apocalyptic’ levels if the war continues. The disruption in supply chain has resulted in surging inflation across the world and Bailey warned the MPs on the Treasury Select Committee of a "very big income shock".

“The [risk] I'm going to sound rather apocalyptic about I guess is food.”

“Ukraine does have food in store, but it can’t get it out at the moment. While [the finance minister] was optimistic about crop planting, he said at the moment we have no way of shipping it out as things stand, and it is getting worse.”

“I am by no stretch of the imagination a military strategist, but whatever can be done to help Ukraine get its food out would be a huge contribution,” Bailey said according to The Telegraph.

The International Monetary Fund (IMF) has already predicted that the growth rate of Europe will be cut down by almost half because of the conflict and according to estimates, a huge number of food stock has been destroyed because of Russian blockade of the Ukrainian supply ships.

Food price are already rising due to the shortage of grains in some parts of the world and when asked about the situation, Bailey said that it is 'more than uncomfortable'.

“It is a very very, more than uncomfortable - I am trying to think of a word that is even more severe than that - it is a very very difficult place to be.

“To forecast 10pc inflation and to say there is not a lot we can do about 80pc of it, I can tell you it is an extremely difficult place to be. We have to recognise the reality of the situation we face.”