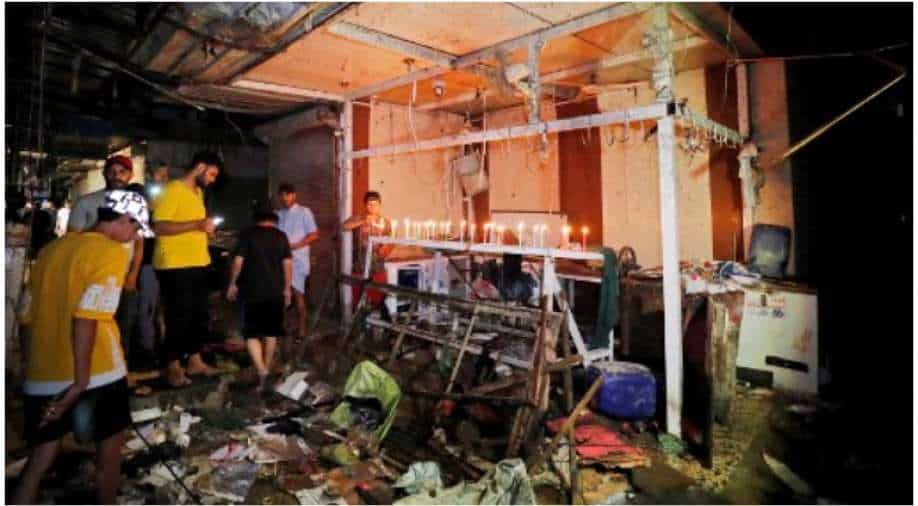 Iraqis light candles at the site of the explosion in a popular market in the mostly Shiite neighbourhood of Sadr City, east of Baghdad, on July 19, 2021 Photograph:( AFP )

Iraq Prime Minister Mustafa al-Kadhemi announced on Saturday that members of a 'terrorist cell' who are suspected of being behind Baghdad suicide bombing have been arrested. The blast had taken place five days ago and claimed over 30 lives.

"We have arrested all the members of the cowardly terrorist cell that planned and perpetrated the attack on Al-Woheilat market" in Sadr City, a Shiite suburb in the capital, "and they will be put before a judge today," Kadhemi said on Twitter.

The blast had taken place on the eve of Muslim holiday of Eid al-Adha. The blast ripped through a crowded Baghdad market. The responsibility of the attack was claimed by the Islamic State.

The blast had sparked revulsion and renewed fears about the reach of the IS, which lost its last territory in Iraq after a gruelling campaign that ended in late 2017, but retains sleeper cells in remote desert and mountain areas.

The Sunni Muslim jihadists claimed on the Telegram messenger service that an IS suicide bomber detonated an explosives belt in the Woheilat market of northeast Baghdad's Shiite district of Sadr City that was busy with Eid shoppers.

In the panic and chaos of the attack, screams of terror and anguish filled the air. When the smoke cleared, human remains lay strewn amid scattered sandals, market produce and the charred debris of stalls.