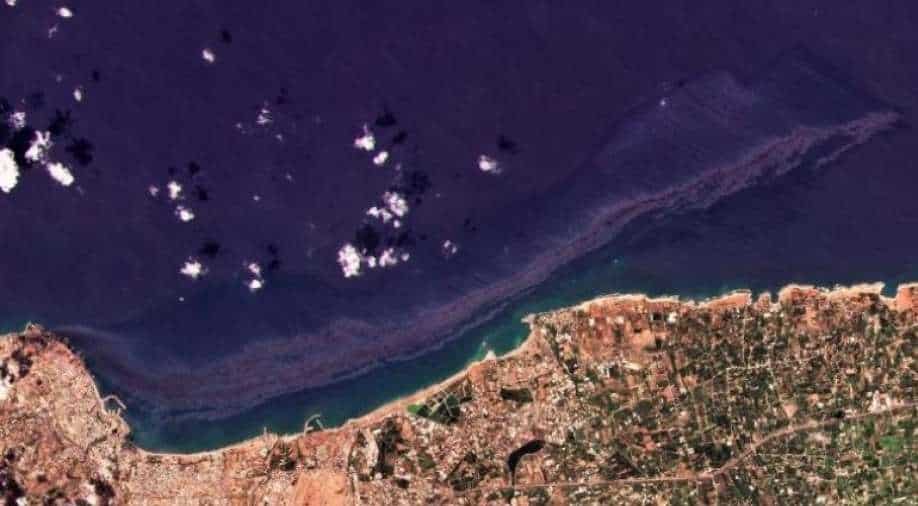 Satellite image of an oil slick that has spread across the Mediterranean Photograph:( Twitter )

20,000 tonnes of fuel oil had spilled last week from a power plant in Baniyas, located on Syria's Mediterranean coast

Authorities have warned that an oil spill the size of New York City, that has spread across the Mediterranean, could reach Cyprus.

20,000 tonnes of fuel oil had spilled last week from a power plant in Baniyas, located on Syria's Mediterranean coast.

Cyprus has been divided since 1974. The Republic of Cyprus has effective control over the southern two-thirds of the island.

The government said Tuesday it had not "located" any sign of the oil spill in the areas under its control and that it had conveyed its readiness to help authorities in the north in tackling any pollution.

"Unfortunately... we have not received any information or any response from the authorities of the illegal regime, and so we remain alert," Environment Minister Costas Kadis told Cyprus News Agency.

The committee was given full authority to contain the situation, he added.

Syria's electricity minister has said that the size of the leak ranged from two to four tonnes of fuel.

Although the Syrian government said the leak was small and limited, the minister of agriculture, rural development and environment in Cyprus, Costas Kadis, said on Monday that they are systematically monitoring the situation and are ready to intervene if necessary.