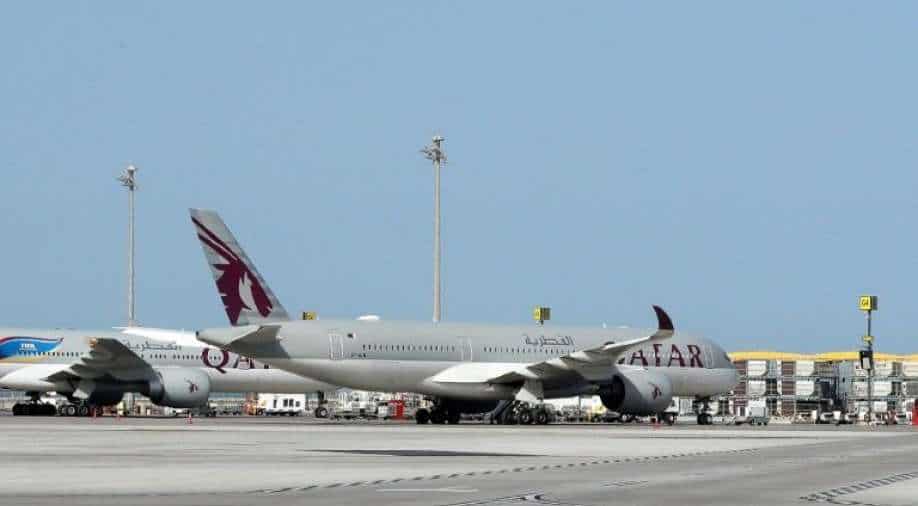 Women on 10 flights leaving Doha, including at least 13 Australians, were forced to submit to the examinations as authorities searched for the mother of a newborn child abandoned in an airport bathroom on October 2.

Women on 10 flights leaving Doha, including at least 13 Australians, were forced to submit to the examinations as authorities searched for the mother of a newborn child abandoned in an airport bathroom on October 2.

Facing international condemnation led by a furious Australia, Qatar said on Friday those behind the incident had been referred for prosecution.

Australian Foreign Minister Marise Payne said she had spoken to her Qatari counterpart Sheikh Mohammed bin Abdulrahman Al Thani on Friday, who "conveyed his sincere apology" and "provided a strong assurance that Qatar fully recognises the seriousness of these events and will ensure that they are never repeated".

"We very much welcome the acknowledgement by the government of Qatar in relation to the events that occurred in Hamad airport recently. We welcome the investigative process they have undertaken," she told reporters Saturday.

Payne said Australia has had "very constructive engagement with Qatar" on the issue and hoped the legal process was "transparent and appropriate and proportionate".

The incident only came to light after affected Australian passengers spoke out. It has since emerged that citizens from Britain, New Zealand and France were also subjected to the invasive searches.

Qatar said the abandoned baby girl -- who survived -- was wrapped in plastic and left to die in a bathroom rubbish bin, prompting what sources said was a lockdown of Hamad International Airport.

Women were then led from aircraft to ambulances on the tarmac where they were subject to physical examinations to see if they had recently given birth.

Sex and childbirth outside of marriage are punishable by jail in the ultra-conservative Muslim country, which has struggled to reassure critics that its promises on women's rights, labour relations and democracy are credible ahead of hosting soccer's 2022 World Cup.