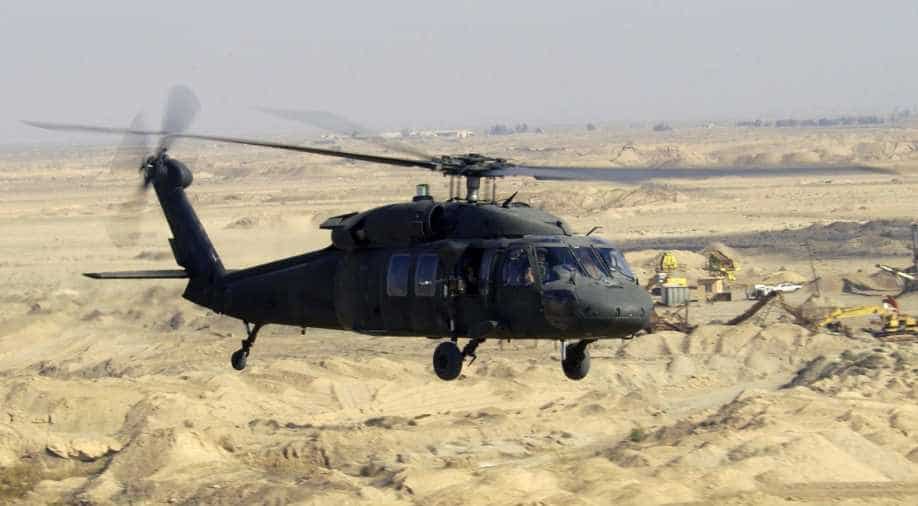 Coalition spokesman General Ahmed Assiri told AFP it was 'too early' to comment on the causes of the crash. (Representative image) (Image source: Wikipedia) Photograph:( Others )

Violating the Australian Rules of Engagement, the SAS patrol commander, Sergeant T, ordered the American door gunner to fire around the Afghans below the chopper to stop them from scattering.

In what is considered the 'deadliest' alleged atrocity involving Australian Special Forces, unarmed civilians were shot in cold blood to cover tracks. Nearly one year ago, ABC Investigations revealed how Australian special forces killed up to 10 unarmed Afghan civilians during a 2012 raid in Kandahar Province. More details have emerged about the same.

As a part of the investigation, ABC contacted some of the men of the Zulu 1 patrol.

Violating the Australian Rules of Engagement, the SAS patrol commander, Sergeant T, ordered the American door gunner to fire around the Afghans below the chopper to stop them from scattering. Soon after the Black Hawk set down in the field, Sergeant T himself opened fire at the farmers in the field.

An Australian Special Operations officer, deployed to Afghanistan, alongside the Special Air Service Regiment (SAS), agreed to speak with ABC Investigations on the condition of staying anonymous. One of the men on that patrol returned to the base and told the officer what unfolded in that field.

ABC quoted the officer saying, "He told me from his perspective what happened, which was that the patrol commander had accidentally shot one of this group of farmer. And then they made the decision that they couldn’t leave anyone behind to tell [what happened]".

This is when the officers decided to kill all of the farmers. The man told the officer that there was a very young person, about 13 or 14.

"He described shooting someone as they hid within the tractor wheel, cowering. I can’t remember if that was the 14-year-old … I believe he said he shot more than one, but I can’t remember the exact details. “Honestly, it just sounded like a bit of a spree", quoted ABC.

The SAS soldier who was on the raid and who made the admission to the Special Operations officer is now known as Soldier C.

The raid is termed as the worst one-day death toll uncovered till the date of alleged unlawful killings by Australian soldiers in Afghanistan.