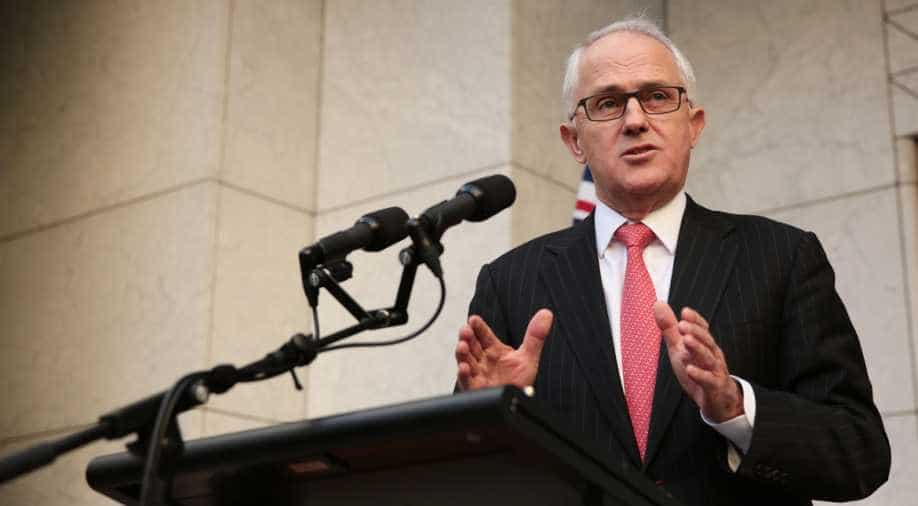 Australian Prime Minister Malcom Turnbull said Neil Prakash is the senior Australian operative in IS and worked to radicalise people in the west. Photograph:( Getty )

Australia is seeking the extradition of its most wanted Islamic State terror suspect who was thought to be dead but has been caught alive by Turkey, the government said Saturday.

The announcement followed a New York Times report that so-called Islamic State group operative Neil Prakash had been caught by Turkish forces several weeks ago as he tried to enter their country from Syria.

"An individual we believe to be Neil Prakash has been arrested and detained in Turkey," a government spokesperson said in a statement.

"Prakash is subject to a formal extradition request from Australia."

Prakash was a senior recruiter for Islamic State and has been linked to terror plots to kill Australians.

In May Prakash was reported dead by Canberra on advice from Washington that he had been killed in a US airstrike in northern Iraq.

However, the Times said he was only wounded, not killed, in Mosul on April 29.

Prakash, who is in his early twenties, left Australia in 2013.

He has been linked to a failed Melbourne plot to behead a police officer in April last year, as well as to an 18-year-old who was killed after stabbing two police officers in Melbourne in 2014.

Prime Minister Malcolm Turnbull has called Prakash the senior Australian operative in IS.

Reported to be of Indian, Fijian and Cambodian background, Prakash used the internet "to promote the evil ideology" of the jihadist group "and recruit Australian men, women and children -- many of whom are either still in the conflict zone or dead.

"Prakash and others ruthlessly target and groom our children -- vulnerable children -- with hateful propaganda of terrorism which perverts the religion of Islam," Turnbull told parliament in May.

Known as Abu Khaled al-Cambodi, Prakash was reportedly on a list of high-value IS recruiters targeted by the US in drone attacks in Iraq.

He worked with an English-speaking cell trying to radicalise people in the West to fight for Islamic State.

The government statement said Canberra had worked with Ankara on Prakash's arrest and would collaborate further on the extradition process.

The arrest was "the result of close collaboration between Australian and Turkish authorities," it said.

"We are conscious that this individual has been arrested by Turkish authorities and their processes need to be respected and allowed to be completed.

"Australia will collaborate closely with Turkish authorities... Australia and Turkey have a longstanding history cooperation to combat terrorism."