At least 34 dead after Uganda landslide 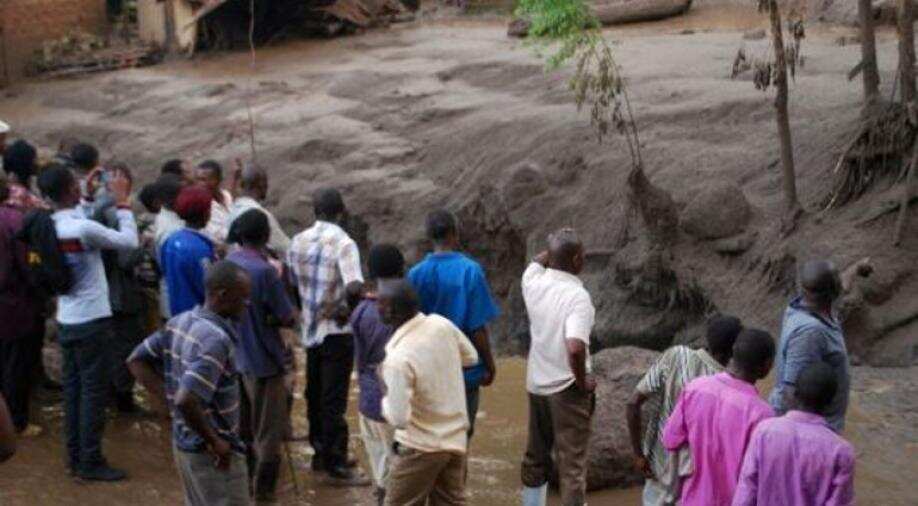 At least 34 people were killed after a river in eastern Uganda burst its banks, sending thick sludge and rocks barrelling into homes, disaster officials said Friday.

Rescue teams were picking through the rubble, looking for survivors and victims of the disaster which took place on Thursday in the town of Bukalasi in the Bududa district. An unknown number of people were still missing.

"I can confirm 34 people are dead. We have to wait for our assessment to be completed before we can say how many are missing," said Uganda Red Cross spokeswoman Irene Nakasiita.

On Thursday she shared photos on WhatsApp of the scene of what she described as a "massive landslide", including images of dismembered corpses caked in mud laid out by the river.

Some of the bodies had been partly covered with banana leaves by members of the public.

"The cause was the river bursting its banks upstream following heavy rain. When the water flowed down it brought a number of big stones with it that destroyed people's houses," Nakasiita said.

"Our search and rescue team is still on the ground evacuating people and removing them from the rubble."

She said the Red Cross was sending relief supplies to the area, such as tarpaulins, blankets and water purification tablets.

Nathan Tumuhamye, director of an organisation that helps communities recover from natural disasters and conflict, told AFP that "four to five villages", and possibly a primary school had been affected.

"I have received the sad news of landslides wreaking havoc in Bududa district... The government has dispatched rescue teams to the affected areas," President Yoweri Museveni wrote on Twitter.

He said the government was looking at other options to help prevent more disasters.

Bududa district in the foothills of Mount Elgon, which lies on the border between Uganda and Kenya, is a high-risk area for landslides.

At least 100 people were reported killed in a landslide in Bududa in March 2010, and in 2012 landslides destroyed three villages.

Government efforts to move vulnerable people to neighbouring districts have faced resistance from residents.
Government meteorologist Godfrey Mujuni said it was the River Sume, a tributary of the River Manafwa, that had burst its banks.

"It's a mountainous region and because of the high altitude and steep slopes even a small amount of rain can trigger landslides. There is no early warning system in that particular area hit yesterday."

"The rains are still coming and the government and NGOs need to keep their preparedness levels high."