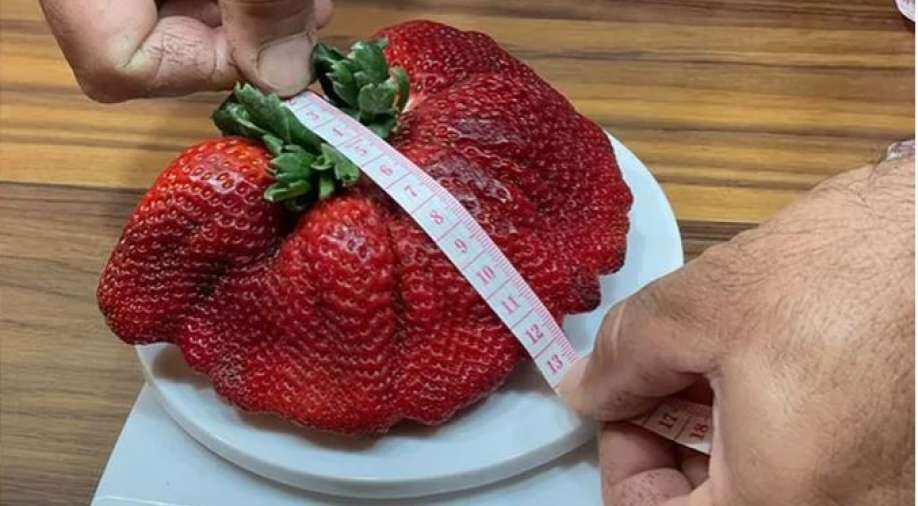 The titanic berry is of a local Ilan variety and is known for producing large fruits.

A giant Israeli strawberry has entered the Guinness World Records to become the largest and heaviest berry in the world.

The titanic berry is of a local Ilan variety and is known for producing large fruits.

But the strawberry grown by the Ariel family, which weighs 289 grams, broke the previous record of 250 grams that was cultivated in Japan’s Fukuoka city on January 28, 2015.

According to the statement by the Guinness entry, the Israeli strawberry is 18 centimetres (seven inches) long, four centimetres thick, and a massive 34 centimetres in circumference.

Chahi Ariel discovered the giant berry on his farm in the central Kadima-Zoran district last year.

Ariel said that he has been waiting for confirmation this whole time that he indeed is the record-breaker while keeping the giant strawberry in the freezer as proof.

The confirmation from the Guinness came only this week.

“When we heard, it was an amazing feeling. I jumped in the car, laughed and sang,” said Ariel, proudly displaying his certificate on a laptop. “We’ve been waiting for this for a long time.”

Ariel said he has not yet tasted the giant fruit and did not say what would be done with the prize fruit.

The Ilan variety of strawberries was originally bred by Dr Nir Dai, a researcher from Israel's Agricultural Research Organization (ARO), in Bet-Dagan, near Tel-Aviv.

Unusually cold weather in early 2021 slowed the strawberry’s ripening process, allowing it to continue gaining weight, according to the record book’s website.