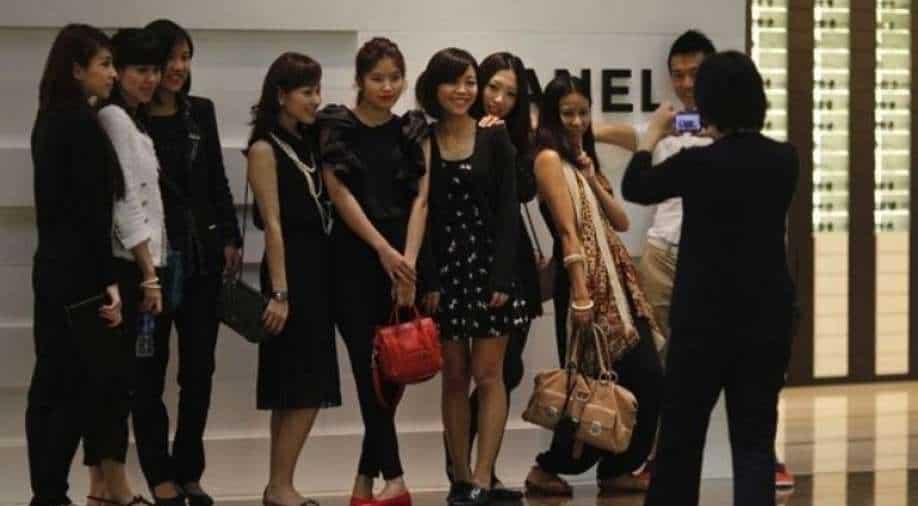 When Vincy Li applied to a prestigious police academy graduate program in China, she knew her odds of success were low. After all, the school set quotas, typically capping the number of female students at no more than one-quarter of the student body.

But her chances were even lower. When the school released admissions results earlier this year, just 5 of 140 students who had tested into the program — less than 4 per cent — were female, even though more than 1,000 women had applied. And the lowest-scoring woman to get in did 40 points better than the lowest-scoring male applicant who was admitted, according to the school’s admission data.

For Li, the message was clear: Women were not welcome.

“Female students were totally shocked,” said Li, who had spent more than a year preparing for the exam. “I don’t understand why they don’t even offer those academic opportunities to us.”

Across China, women’s educational attainment has soared; female undergraduates now sharply outnumber males. But women still face significant barriers getting into training and academic programmes — with outright quotas on their numbers in some fields — as they seek to pierce the country’s traditionally male-dominated professions.

And that is thwarting China’s long-standing efforts to promote female advancement in a country where, as former Communist Chairman Mao Zedong famously said, women hold up “half the sky.”

Women who applied to the People’s Liberation Army Rocket Force University of Engineering in June scored 127 points higher than the lowest-scoring male counterparts on the gaokao, the national examination that is the most important criteria for admissions to Chinese universities, according to data from a provincial education department.

Reached by telephone, a staff member at the police academy program that Li applied to said additional female students had been admitted through a separate process that relied on recommendations rather than testing.

But even then, women make up only 17 per cent of the police academy program as of last month, down from 38 per cent in September 2020. That decline came after the university announced in September 2020 that it would restrict the share of women it would accept to 15 per cent, later citing the high risks and pressures associated with policing.

The differing standards are not limited to police or military schools. Even some art schools have imposed 50-50 gender ratios to curtail the growing share of female students.

An informal survey of China’s 116 top universities, published by a group of feminist activists in February, found that 86 academic majors at 18 universities had gender-based admissions requirements.

The practice of favoring male applicants has long drawn criticism. A decade ago, after news reports emerged about universities giving preference to men, public outrage and protests led the government to ban gender-based admissions for most fields.

Private universities in the United States have also acknowledged maintaining gender ratios, particularly as the pool of more qualified female applicants has grown.

In China, the issue has become especially fraught in recent years as a growing embrace of feminism has clashed with the Chinese Communist Party’s widening campaign for social control. Activists citing gender bias have been censored online, and officials have trumpeted the virtues of traditional gender roles.

After the feminist group posted its report online about biased admissions policies, an officially sanctioned crackdown by social media companies on “extreme feminism” led to its quick erasure from the web.

“There was some progress achieved before, but it was not enough,” said Xiong Jing, who participated in the 2012 protests and was an editor at Feminist Voices, a media outlet that was shut down in 2018. Pushing back now, she added, “is nearly impossible.”

While the Ministry of Education outlawed most gender-based admissions in 2012, it allowed them in “special areas of study,” including those affiliated with the military or related to national defense.

Restrictions are also allowed in fields the government deems dangerous, such as mining, marine navigation or those “in need of a certain gender balance.” Television broadcasting schools, for example, argue that pairing female and male anchors is the industry norm.

But critics say schools have applied those criteria too liberally.

Take the Communication University of China, often called the “cradle of China’s broadcast talents.” To achieve gender parity for its television production program, the university admitted women who scored 20 points higher than men on average, according to admissions data.

Early this year, the university was also accused of setting a lower bar for male applicants of the animation design program after women had been making up 70 per cent to 90 per cent of the major.

In March, when the school released screening results, students were surprised to discover that the share of male candidates who qualified for preadmission had jumped to 50 per cent.

Activists have asked why gender-based quotas should exist in any field, even those related to the military.

Policymakers assume that “women need to be caregivers and expect men to fill the leadership roles,” said professor Shen Hsiu-hua, a gender issue expert at the National Tsing Hua University in Taiwan.

Indeed, some defenses of the quotas favoring males lean heavily on traditional ideas about gender relations.

In Guangxi province, one university this year began offering a free, male-only degree in kindergarten education. The announcement followed state media coverage of a perceived “masculinity crisis” among young Chinese men, which they blamed in part on female teachers.

After the outcry over the animation program at the Communication University, a lecturer there, Lin Bai, argued that favoring men benefited women, too — or at least their social lives.

“A little adjustment of gender ratio to ensure that young women on campus have some guys to date is acceptable,” he wrote on the social media platform Weibo.

But Shen pointed out that there are no equivalent policies favoring women in male-dominated majors.

China, she said, wants “more men in every industry.”

“For the increasingly authoritarian government,” she added, “China needs to project an image of being manly and strong.”

Others have cited more pragmatic reasons for imposing the gender ratios.

“I also feel bad for my female students,” Zhang said. “But policymakers don’t want them to end up with no jobs.”

Some women seeking to enter traditionally male-dominated fields instead look overseas for opportunities.

In 2018, Lian Luo, a flight attendant, decided to pursue her dream of becoming a pilot.

She showed up to a hiring session for pilot trainees run by a domestic airline, but the staff asked her and other female candidates to leave.

Eventually, she pursued training in South Africa and graduated at the top of her class.

“There are no such opportunities back in China for women like me,” she said. “Nowhere to start.”