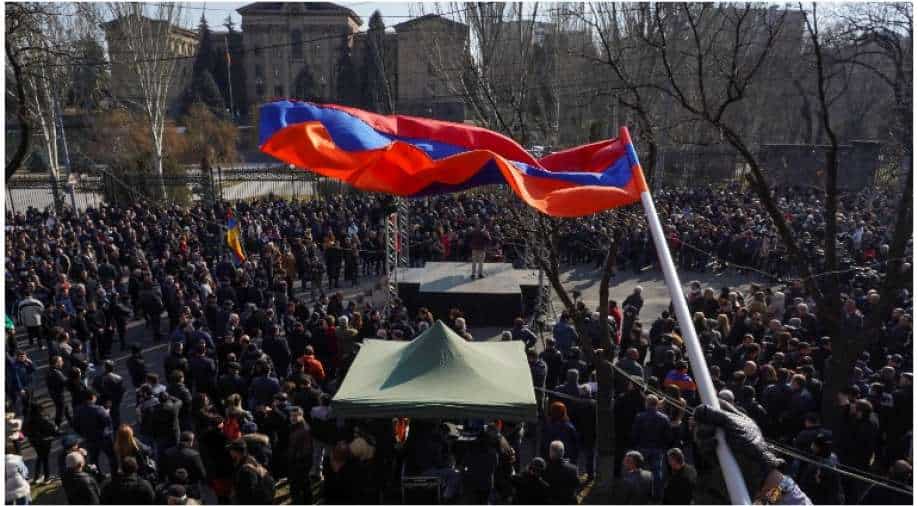 A crowd of Armenian protesters forced their way into a government building in Armenia's capital Yerevan on Monday, as per a report by RIA news agency quoted by Reuters. Armenian Prime Minister Nikol Pashinyan has come under tremendous pressure from the people and the establishment after the country had to go on backfoot following its clash with Azerbaijan over Nagorno-Karabakh region.

Pashinyan last week condemned what he said was an attempted coup after the army demanded he quit. Pashinyan has faced calls for resignation before, but this is the first time army has publicly called for his resignation.

Armenian PM has found himself increasingly cornered. Currently, there is a standoff between him and Armenia President Armen Sarkissian

Pashinyan dismissed Chief of General Staff Onik Gasparyan on February 25, but his sacking needed the formal approval of the president - who rejected the move as unconstitutional and said the army should be kept out of politics.

After president's refusal to approve the sacking of army chief, hundreds of protesters erupted in joy in the centre of Yerevan on February 27.