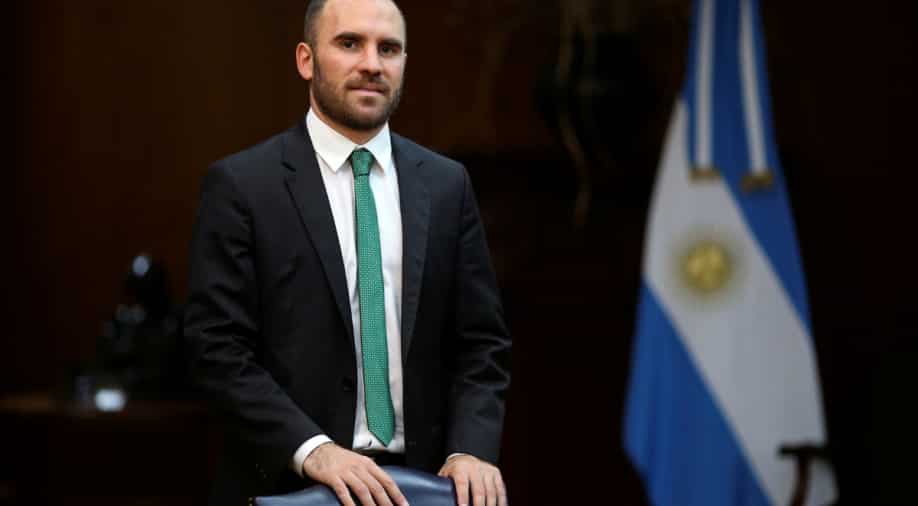 Guzman was able to reach an agreement and prevent the country from defaulting despite Kirchner’s resistance. Photograph:( Reuters )

Argentina, a major agricultural nation has been dealing with the economic crisis for years, with the inflation at over 60 per cent over the past year

Argentina’s economy minster Martin Guzman, announced his resignation on Saturday (July 2), creating more uncertainty in the regions third largest economy. Guzman led renegotiations with the International Monetary Fund (IMF). The former minister didn’t provide any reason for his resignation in his statement to the President Alberto Fernandez, but urged the leader to resolve internal conflicts so that “the next minster does not suffer” with problems he faced in his twitter post. The 39-year-old minister’s job involved renegotiating a $44 billion debt with IMF that the country maintained but couldn’t afford it. However, the initial loan issued was of $57 billion, the largest ever issued by the organisation but was denied by Fernandez after succeeding his predecessor who requested the loan, reported by AFP.

The resignation comes after being criticised by the former president and current vice president Cristina Kirchner who gave a speech attacking the government for its economic management. Guzman was able to reach an agreement and prevent the country from defaulting despite Kirchner’s resistance.

Guzman said whoever succeeds him will need to “centralized management of the necessary macroeconomic political instruments to consolidate the progress made and face the challenges ahead,” AFP reported.

Argentina, a major agricultural nation has been dealing with the economic crisis for years, with the inflation at over 60 per cent over the past year. The IMF deal included clauses to control inflation and bring the budget deficit down from 3 per cent in 2021 to parity by 2025.

The country was already struggling but the Covid pandemic made things worse with increasing unemployment. The president earlier this week admitted that the country has been facing “a growth crisis” due to lack of foreign exchange.

As per political expert Carlos Fara in conversation with AFP said, “The resignation will have a very bad effect in the markets. Even if the president and vice president reach a consensus on managing the economy, from now on everything will be conditioned by Cristina Kirchner's pressure."

In a recent report by the Eurasia Group stated that as per recent years analysis that the internal conflicts won’t be solved anytime soon. The group said, “Infighting within the administration will continue to worsen, further hurting the administration's ability to develop a coherent policy plan.”