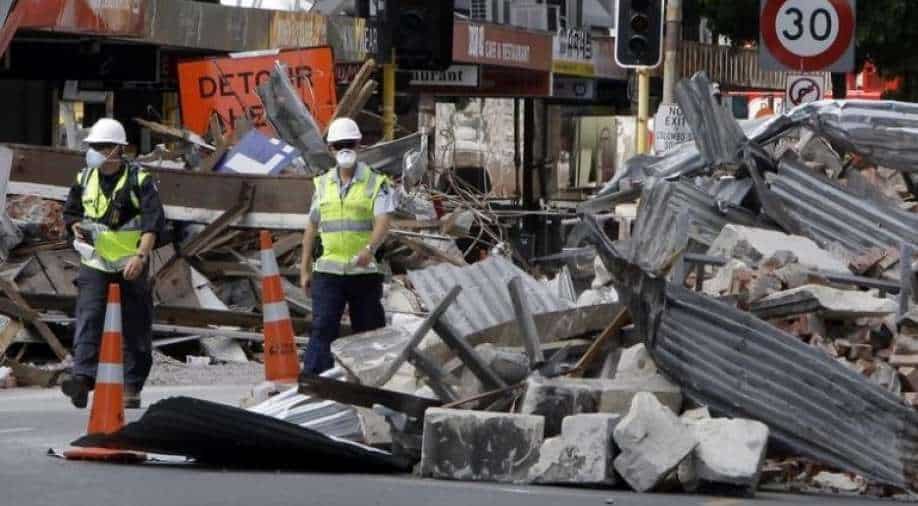 Thousands gathered at a memorial service in the South Island city and marked a minute's silence at 12:51 pm (2351 Sunday GMT), the precise time the shallow 6.3-magnitude quake hit

Prime Minister Jacinda Ardern paid tribute to victims of the Christchurch earthquake Monday as New Zealand paused to mark the 10th anniversary of the disaster that claimed 185 lives.

Thousands gathered at a memorial service in the South Island city and marked a minute's silence at 12:51 pm (2351 Sunday GMT), the precise time the shallow 6.3-magnitude quake hit.

Ardern said it was a moment that changed everything in the city of 400,000.

"The toll could not have been more significant, and daily reminders made it harder -– a fractured landscape, aftershocks, struggling friends and neighbours, and children with deep and unseen scars," she said.

"Ten years on there will be people still living their daily lives with the long shadow of that day."

The seismic jolt crumpled office buildings, crushing dozens of people, and sent shop awnings tumbling down into pedestrians who moments before had been enjoying a lunchtime stroll.

The tragedy's aftermath was followed by a drawn-out rebuild that is only now starting to gain momentum and Ardern acknowledged many residents had found it hard to move on.

Also read| 'It is wrong': New Zealand-Australia clash over responsibility of terrorist with dual nationality

"It's been a hugely difficult decade for this city -- at times I'm sure it's felt impossible," she said.

"But as we look ahead to the coming decade, I see hope and energy and optimism, and I see Christchurch taking its rightful place amongst New Zealand's best and brightest cities."

"While there are many sad memories of that terrible time, there is also solace in remembering how your community rose to the challenge of rebuilding your lives and supporting each other," it said.

"You displayed great fortitude in the face of sudden, overwhelming loss."

At the end of the service, wreaths were laid at a memorial wall and many in the crowd threw flowers into the city's Avon River.