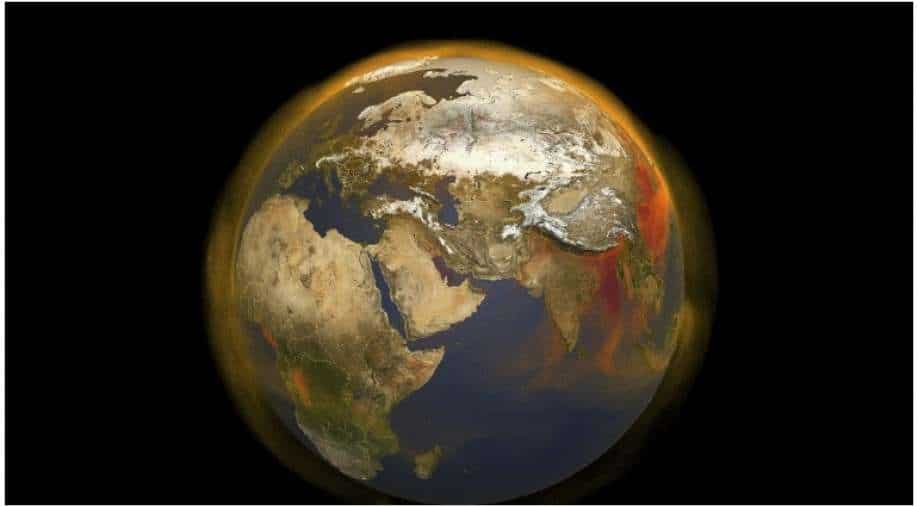 The adoption of a joint statement on Thursday went without a hitch, as did the agreement of a 10-year strategic plan for the first time in the Council's history

Arctic countries on Thursday pledged to fight global warming, which is happening three times faster in the Far North, and to preserve peace in the region as its geopolitical importance rises.

Accelerated global warming, untapped resources, new maritime routes opened up by retreating sea ice, and the future of local populations all topped the agenda as foreign ministers of countries bordering the Arctic gathered in Reykjavik in Iceland.

"We are committed to advancing a peaceful Arctic region where cooperation prevails on climate, the environment, science and safety," US Secretary of State Antony Blinken told his Arctic Council counterparts from Canada, Denmark, Finland, Iceland, Norway, Russia and Sweden.

Have a look | 'World is on fire': Australian school children skip school to protest against climate change

"The Arctic as a region for strategic competition has seized the world's attention" but "rule of law" must be ensured so that it remains "a region free of conflict where countries act responsibly," he added.

The statements were thinly-veiled warnings to China, which although only an observer on the Council has made no secret of its interest in the vast territory rich in natural resources and where retreating sea ice has opened up new maritime routes.

Blinken was also certainly targeting Russia, after tense exchanges that preceded Thursday's meeting about the risk of a "militarisation" of the Arctic.

Russia has steadily beefed up its military presence in the Arctic in recent years, reopening and modernising several bases and airfields abandoned since the end of the Soviet era.

But Sergei Lavrov, foreign minister for Russia -- which succeeded Iceland as rotating chair of the Arctic Council on Thursday -- also accused NATO of using a "play on words" to justify setting up a military presence on Russia's doorstep.

In order to circumvent an agreement between Russia and NATO, deployments in Norway were called a "rotational presence instead of permanent presence," Lavrov said.

"Today, we have highlighted at the meeting that we see no grounds for conflict here. Even more so for any development of military programs of some blocks here," Lavrov told reporters.

The Russian envoy also said his country supported the idea of hosting a summit of Arctic nations during its two-year presidency of the Council.

Lavrov has also called for a resumption of regular meetings between the chiefs of staff of the Council's member countries.

Russia has been excluded from these meetings since 2014, after the annexation of Crimea.

The Arctic Council was set up 25 years ago to deal with issues like the environment and areas of international cooperation, and its mandate explicitly excludes military security.

With the departure of Donald Trump, who sparked agitation by proposing to buy Greenland in 2019 and repeated opposition to Russian and Chinese ambitions in the region, eyes have been on the line adopted by President Joe Biden's administration.

Blinken, who on Wednesday met with Lavrov in their first face-to-face meeting which was described as "constructive" by both countries, ostensibly emphasised "cooperation" rather than tensions.

On Thursday, Blinken also ended his four day tour, which started in Denmark, by visiting Greenland directly, where he told reporters that the US wished to make their partnership with Greenland "even stronger" and that he could "confirm" the US was no longer attempting to buy Greenland.

The US top diplomat also focused on the fight against global warming, much in line with his counterparts who have rejoiced in recent days at the "return" of America to the international community consensus on the climate issue.

"The climate crisis is our most serious long term threat with the Arctic warming three times faster than anywhere else on the planet," Canadian Foreign Minister Marc Garneau told the Council.

The alarming data was part of a report published Thursday by the Arctic Monitoring and Assessment Programme (AMAP), which also warned of an increased risk of the region's sea ice disappearing completely in summer, before reforming in winter.

"We have a duty to strengthen our cooperation for the benefit of the people inhabiting the Arctic," Danish Foreign Minister Jeppe Kofod said.

At the previous Council meeting in 2019 in Finland, the Trump administration blocked the signing of a joint declaration for the first time since the Council's creation 25 years ago, as it refused to include climate change in the final statement.

The adoption of a joint statement on Thursday went without a hitch, as did the agreement of a 10-year strategic plan for the first time in the Council's history.

In addition to the countries bordering the Arctic, the Council also includes six organisations representing the indigenous peoples of the region and 13 observer countries.