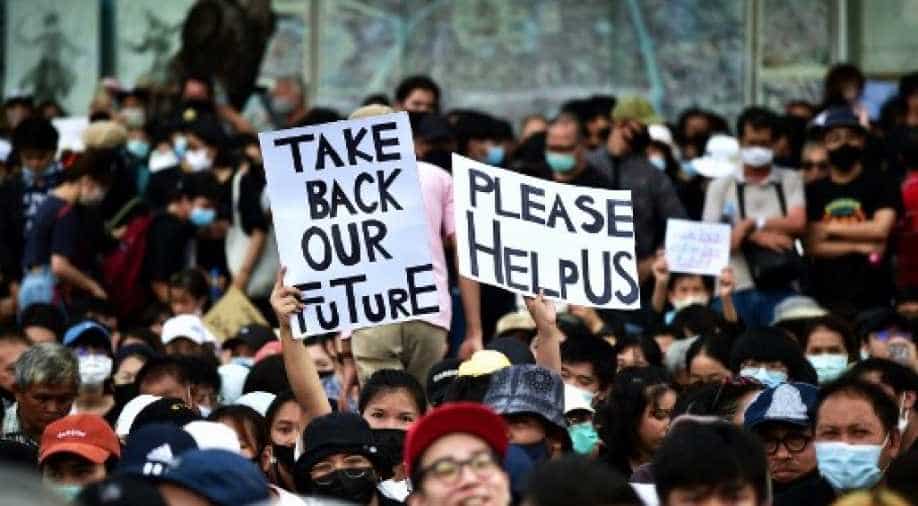 In Thailand criticising the monarchy is illegal and punishable by up to 15 years in prison, however, student leaders are taking on the king.

On August 16 at least 10,000 people assembled at the democracy monument as chants of long live democracy filled the streets of Bangkok.

Not just students but people from every walk of life took part as the movement against the king blossomed beyond university campuses. It was the largest anti-government demonstration since the military coup in 2014.

The protesters have three core demands: dissolve the government, stop harassing the opposition and re-write the constitution.

Thailand's youth do not want to bow to the king anymore and have a 10-point demand to reform the monarchy which includes scrapping two army units assigned to the king's command, giving up full control over the crown's property holdings and refraining from endorsing military coups in the future.

Meanwhile, three student activists have been arrested and released on bail. The protests which gained momentum last month have reached a crescendo. Prime Minister Prayut Chan-O-Cha is also a target. He is accused of failing to uphold the values of democracy. The prime minister even questioned the right of the students to protest.

Chanocha who a former military general first came to power in 2014 in a military coup. Thailand's youth had hoped that the 2019 general election would bring about greater democratic change but to their disappointment PM Prayut came to power yet again. His undemocratic moves like banning a popular Opposition party and hunting critics of the government had sparked protests before the pandemic.

Now as Thailand suffers the biggest economic slump since 1998, the prime minister is facing calls for resignation even as Thailand's youth protest day and night.

The sun is setting over Chanocha's rule.