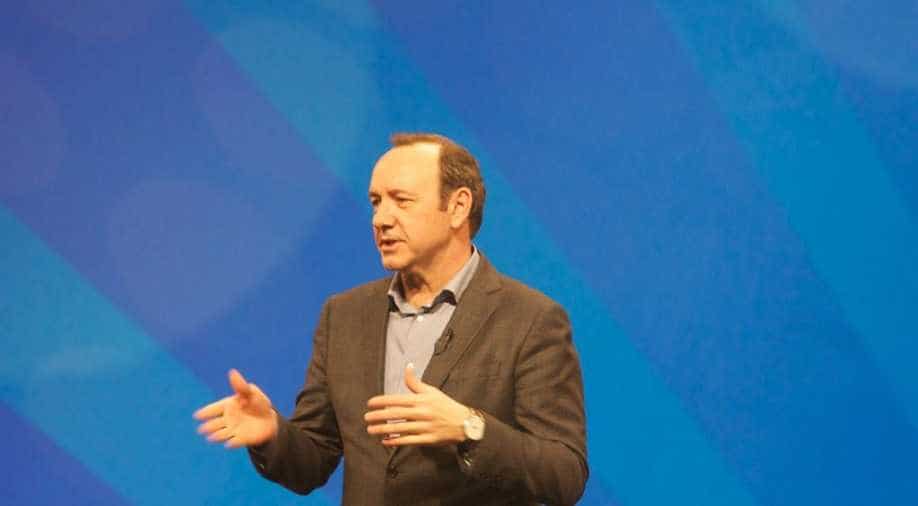 Spacey also apologised to actor Anthony Rapp for an incident Rapp said occurred in 1986 when he was 14. Photograph:( Others )

Spacey wrote, "I have a lot?of respect and admiration for Anthony Rapp as an actor. I'm beyond horrified to hear his story. I honestly do not remember the encounter, it would have been over 30 years ago."

Hollywood actor Anthony Rapp's allegations on how he was sexually harassed by actor Kevin Spacey has surely opened a can of worms. In a tell-all interview to Buzz Feed, Rapp has accused the House of Cards star of sexual misconduct when he was 14 years old and Spacey 26.

While initially, Spacey and his representatives chose to keep mum about Rapp's allegations, on Sunday late night, Spacey wrote an emotional post about 'choosing to live life like a gay man' and apologized to Rapp for his behaviour, of which, he admitted he had no recollection

Spacey wrote, "I have a lot of respect and admiration for Anthony Rapp as an actor. I'm beyond horrified to hear his story. I honestly do not remember the encounter, it would have been over 30 years ago."

Rapp stated that the incident took place in 1986 when both the actors were Broadway actors. Spacey had invited Rapp over to his apartment for a party, where he had picked up Rapp, placed him on his bed and climbed on top him and allegedly tried to 'seduce' him. The actor managed to leave the party soon after but chose never to speak about the incident until now.

Rapp, in his interview, stated that the revelations by various actresses on sexual misconduct encouraged him to speak out about his own experience.

I came forward with my story, standing on the shoulders of the many courageous women and men who have been speaking out 1/3

to shine a light and hopefully make a difference, as they have done for me. 2/3

Everything I wanted to say about my experience is in that article, and I have no further comment about it at this time.

Interestingly, Spacey's apology to Rapp came wrapped in an emotional coming-out statement which, many Twitteratis felt negated the situation at hand.

Men, when addressing accusations of sexual misconduct of ANY kind, don't make it about yourself. Please.

"I may have molested a child 30 years ago, but here's me coming out of the closet so that you can forget about that" https://t.co/xao9D4HNn1

"I may have molested a child 30 years ago, but here's me coming out of the closet so that you can forget about that" https://t.co/xao9D4HNn1

Just a few weeks ago, nearly 60 actresses had come out and accused Hollywood producer Harvey Weinstein of sexual misconduct and assault. Actresses like Angelina Jolie, Gwyneth Paltrow, Rosanna Arquette are some of the actresses who have accused Weinstein of misconduct.