Amid row with China, Taiwan buys Lithuanian liquor in show of support 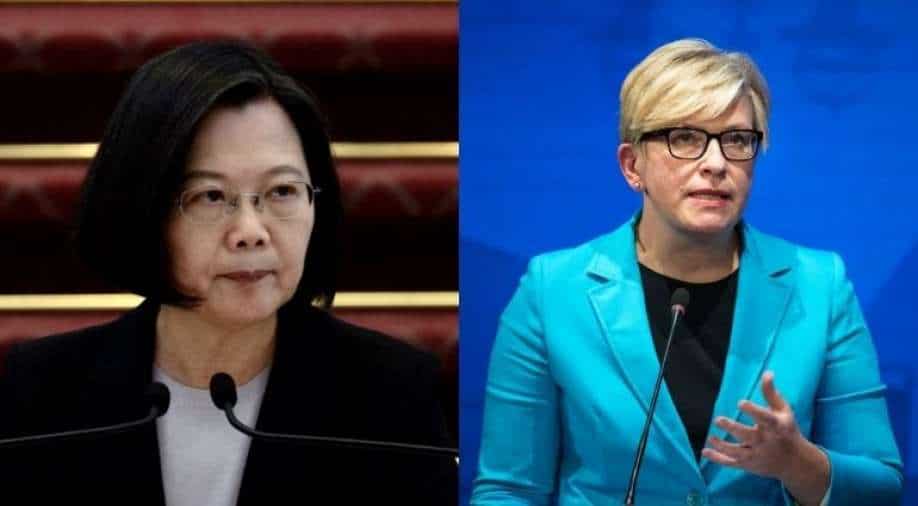 In this combination of images, Taiwan President Tsai Ing-wen can be seen along with Lithuanian Prime Minister Ingrida Simonyte Photograph:( Agencies )

A Taiwanese government-owned liquor firm has bought rum from Lithuania to help the country in dodging a possible Chinese customs block.

Known as Taiwan Tobacco and Liquor Corp, the firm purchased 20,400 bottles of Lithuanian rum that China refused to allow into the country to show support for the Baltic nation amid diplomatic tensions.

The company said in a statement, “TTL stood up at the right time, purchased the rum, and brought it to Taiwan.”

“Lithuania supports us and we support Lithuania - TTL calls for a toast to that,” it added.

The shipment is set to arrive on the island later this month and the bottles will be repackaged before hitting the market.

In response, Chinese Foreign Ministry spokesman Wang Wenbin said, “I can tell you that the Taiwan authorities’ attempt to maintain their space for Taiwan independence activities by dollar diplomacy is doomed to be in vain.”

China downgraded its diplomatic ties with Lithuania last month after the opening of a representative office by Taiwan in Vilnius under its own name.

Lithuanian Prime Minister Ingrida Simonyte has said, "It is important that like-minded countries which share respect to international rules must be in solidarity in face of economic pressure. We must continue to share information and coordinate our actions inside the EU and with US and with democratic states in Indian-Pacific ocean region."

China has told multinational companies to sever ties with Lithuania or face being shut out of the Chinese market, and the Asian economic power has told Continental AG, the German car tyres and parts maker, to stop using parts made in Lithuania.

China claims democratically governed Taiwan as its own territory and has in the past two years stepped up military and diplomatic pressure to assert its sovereignty claims, fueling anger in Taipei and deep concern in Washington.

Several companies and business leaders in Lithuania, an EU member state, complained last month that China was blocking their exports by not clearing customs for their products.

The EU trade commissioner said Lithuania's claims about the Chinese blockade were verified and the commission was receiving reports from other member countries about blocked goods that contained parts from Lithuania.

There were "many cases in which imports from Lithuania and the EU are being stopped at Chinese ports and the number is increasing daily", Valdis Dombrovskis said in late December.

He said the commission was using political and diplomatic channels to try to resolve the dispute.