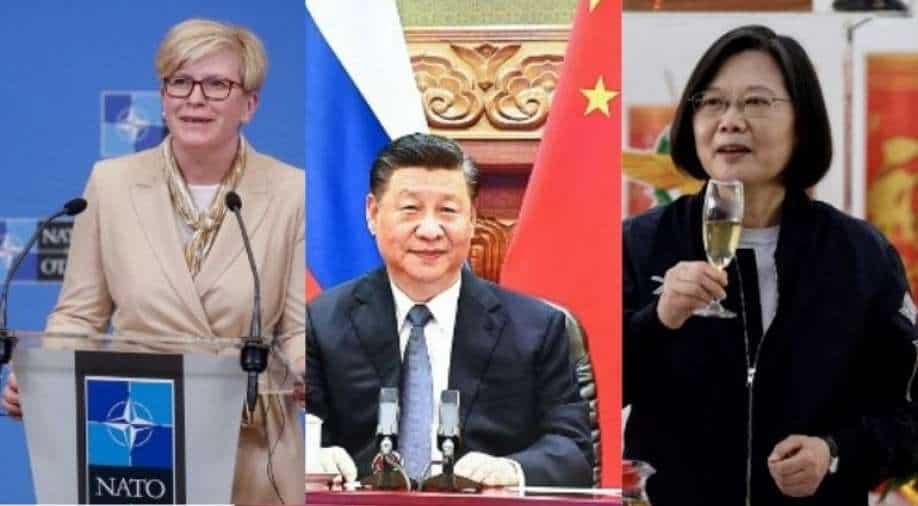 The Lithuanian government said it is determined to develop relations with Taiwan even as China declared it will recall its ambassador from Vilnius.

After Lithuania allowed Taiwan to set up an office under its own name in the country, China demanded Lithuania recall its envoy to Beijing.

Taiwan had said last month it was setting up a representative office in Vilnius under the name "Taiwan" instead of "Taipei" attracting China's ire.

China considers Taiwan as a breakaway province which it intends to unify with the mainland by force if necessary. China's foreign ministry said the move "severely undermines China's sovereignty and territorial integrity".

China asked Lithuania "not to move further down the wrong path" while asking it to "rectify its wrong decision".

Lithuania however said it is determined to develop mutually beneficial relations with Taiwan while saying that it "respects the principle of One-China".

The European Union backed Lithuania and asserted that it did not view the opening of a representative office in or from Taiwan as a breach of the EU's One-China policy.

"This is the first time China has recalled an ambassador in an EU member state for opening or maintaining an office in Taiwan," the EU said.

Lithuania has also promised to send 20,000 coronavirus vaccine doses to Taiwan as it seeks to strengthen diplomatic relations with Taiwan. Lithuania earlier had also decided to quit China's 17+1 cooperation forum with central and eastern European states.

Mickeviciene had just arrived in the country as Chinese officials asked her to leave amid the row over Taiwan.