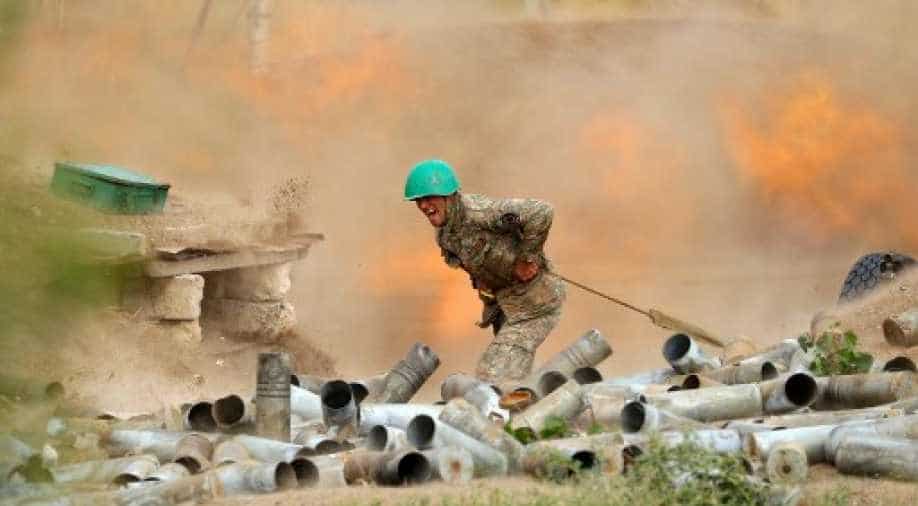 Amid the calls for peace, Armenian and Azerbaijani forces intensified shelling

The United States, UK and Russia have called for 'immediate' ceasefire in Karabakh even as Turkish President Erdogan said a ceasefire in Nagorno Karabakh was only possible if Armenian forces pull back.

"The way for a lasting ceasefire in this region depends on Armenians' withdrawal from every span of Azerbaijani territory," Erdogan said.

In a statement French President Emmanuel Macron, Russian counterpart Vladimir Putin and Donald Trump, said: "We call for an immediate cessation of hostilities between the relevant military forces."

"We also call on the leaders of Armenia and Azerbaijan to commit without delay to resuming substantive negotiations," the leaders added.

Amid the calls for peace, Armenian and Azerbaijani forces intensified shelling in which 130 people have died so far. The Armenian defence ministry said that fighting had "intensified" while claiming that it had inflicted "enormous losses" killing at least 350-360 Azerbaijani troops.

However, Azerbaijan's defence ministry said that it had  carried out "crushing artillery strikes against Armenian forces' positions in the occupied territories".