Death toll rises in Armenia-Azerbaijan conflict despite calls for peace 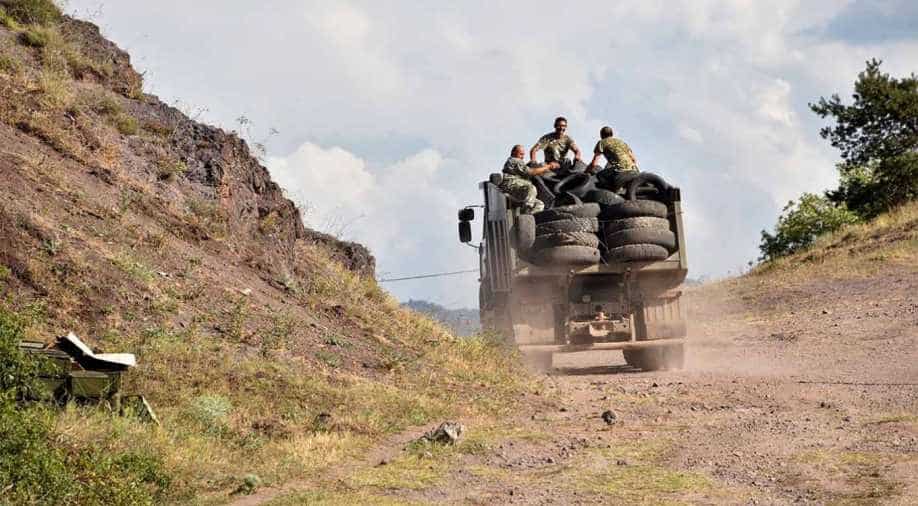 The heavy fighting broke out on Sunday morning in the region that lies within Azerbaijan but has been under the control of ethnic Armenian forces backed by Armenia since 1994 at the end of a separatist war.

Fierce fighting continued to rage between Azerbaijan and Armenia forces on Monday, despite international pleas for a halt in fighting between the longtime enemies.

Talks to resolve the conflict -- one of the worst to emerge from the 1991 collapse of the Soviet Union -- have largely stalled since a 1994 ceasefire agreement.

The heavy fighting broke out on Sunday morning in the region that lies within Azerbaijan but has been under the control of ethnic Armenian forces backed by Armenia since 1994 at the end of a separatist war.

Karabakh's defence ministry said 27 fighters were killed in fighting on Monday -- after previously reporting 28 -- bringing their total military losses to 58.

The overall death toll rose to 67 including nine civilian deaths: seven in Azerbaijan and two on the Armenian side.

Azerbaijan has not reported any military casualties. Armenian separatist officials, however, released footage showing burnt-out armoured vehicles and the bloodied and charred remains of soldiers in camouflage it said were Azerbaijani troops.

Armenia and Azerbaijan have been locked in a territorial dispute over the ethnic Armenian region of Nagorny Karabakh for decades, with deadly fighting flaring up earlier this year.

The region declared its independence from Azerbaijan after a war in the early 1990s that claimed 30,000 lives but is not recognised by any country -- including Armenia -- and is still considered part of Azerbaijan by the international community.

Fighting between Muslim Azerbaijan and majority-Christian Armenia could embroil regional players such as Russia, which has a military alliance with Armenia, and Turkey, which backs Azerbaijan.

Azerbaijan President Ilham Aliyev on Monday ordered partial military mobilisation and General Mais Barkhudarov vowed to "fight to the last drop of blood in order to completely destroy the enemy and win."

Also, with each side blaming the other for the latest fighting, world leaders have urged calm as fears rise of a full-scale conflict. Kremlin spokesperson Dmitry Peskov said Russia was monitoring the situation closely and that the current priority was to "stop the hostilities, not to deal with who is right and who is wrong."

"The time has come for the crisis in the region that started with the occupation of Nagorny Karabakh to be put to an end," Erdogan said.

"Now Azerbaijan must take matters into its own hands."

Armenia has accused Turkey of meddling in the conflict and sending mercenaries to back Azerbaijan.

Turkey informed the fighters that they would be tasked with "guarding border regions" in Azerbaijan in return for wages of up to $2,000, said Rami Abdul Rahman, the head of the Britain-based Syrian Observatory for Human Rights.

The report comes after the European Union warned regional powers not to interfere in the fighting and condemned a "serious escalation" that threatens regional stability.

In addition to the EU and Russia, France, Germany, Italy and the United States have urged a ceasefire.

Baku claimed to have killed 550 separatist troops, a report denied by Armenia.