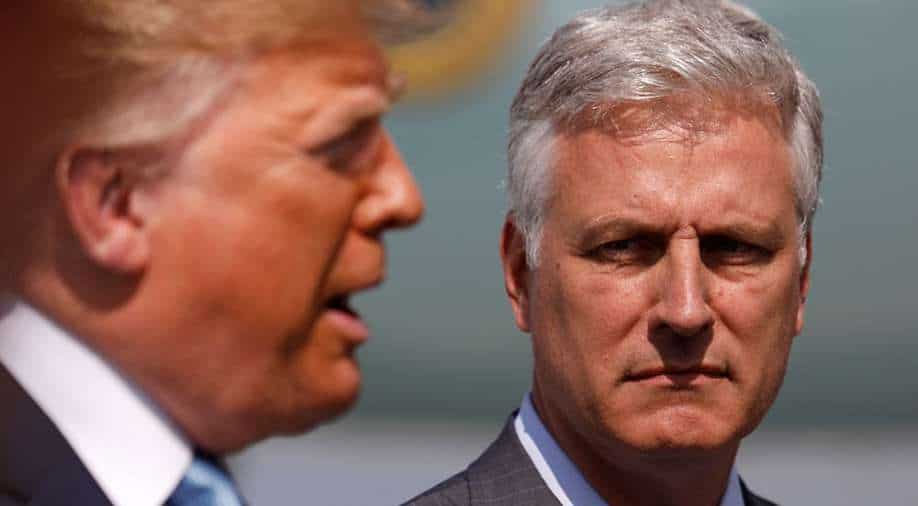 Hitting out at this, the Chinese embassy in Manila accused O’Brien of “stirring up trouble in the South China Sea”, as reported by the South China Morning Post. The embassy reportedly also accused US NSA of "provoking a rift between China and the Philippines".

In another statement from the Chinese Embassy in Hanoi, Chinese officials called on the US to end its campaign against China especially in terms of the South China Sea and the Mekong River.

Also read: South China Sea: US vows support to Philippines and Vietnam over row with China

"The US is not a party to the South China Sea dispute... but has been openly interfering in the issues under the name of safeguarding stability... and freedom of navigation," The South China Morning Post quoted Chinese embassy in Hanoi embassy as saying in a statement.

"Its purpose is never to help regional countries to resolve the dispute but to maintain its hegemony in the region," the statement claimed.

He further told them that the US would help wither in purchasing American helicopters. Additionally, O’Brien confirmed the delivery of missiles worth $18 million, as pledged by Donald Trump in April.

During the ASEAN Summit, O`Brien claimed that China`s actions in the Mekong river basin and the South China Sea were a threat to peace, stability, and sovereignty.

In response, Chinese embassies hit out at O’Brien claiming his remarks represented “Cold War mentality”, while adding that the goal of his visit was “not to promote regional peace and stability but to create chaos in the region”.

”In recent years, to safeguard its regional and global hegemony, the US has regarded itself as patron and judge of regional countries and directly intervened in the South China Sea and other issues," a statement read.