Al Qaeda chief Zawahiri, in a new video, criticises UN for being hostile towards Islam 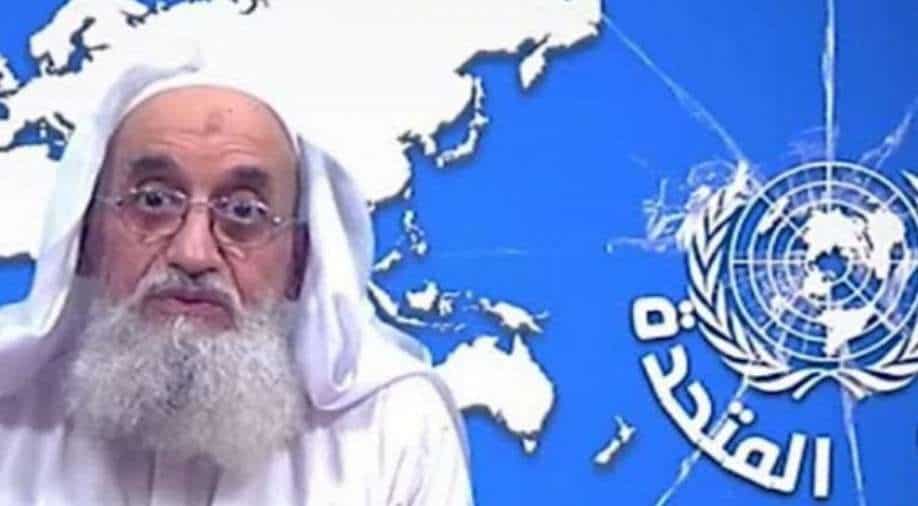 Al-Qaeda's chief Ayman Al-Zawahiri has made a new appearance in a video released by the terrorist organisation on its official As-Sahab media. In the video, the chief can be seen criticising the United Nations for being hostile towards Islam. The stated purpose of Ayman al-Zawahiri’s speech is to “warn the Islamic nation about the threat that the United Nations poses.”

Al-Zawahiri attacked the international organisation as he stated that “the United Nations was created by the victorious powers in the Second World War with the aim of imposing a political system and doctrine on the entire world, and with a view to establishing their hegemony over the rest of mankind.”

As of now, it is not clear when and where the video was recorded.

Per @siteintelgroup, Zawahiri -reported to be in ill health- does not cite any events or dates that would indicate when the video was made pic.twitter.com/xISZuKQFsC

He further states that the UN’s decisions should be rejected because they have been formulated by “an organisation created to control the world and to impose on it an irreligious and immoral ideology that contradicts the Islamic Shariah.”

In the video, he can be seen criticising the five permanent members of the United Nations Security Council, which are, China, France, Russia, the United Kingdom, and the United States. He says that they “enjoy a sacrosanct status above all, for they pull the strings in the UN.” He referred to them as “the biggest criminals on the face of the earth.”

Nearly one year ago, people on various social media platforms shared the news of the death of Al-Zawahiri. It was said that Al Qaeda's close circles were reporting his death because of natural causes.

However, in September, as the US marked the 20th anniversary of 9/11, Al Qaeda released a video of Al-Zawahiri on Telegram messaging app titled "Jerusalem will not be Judaised". The Islamic State then doubted the veracity of the video, challenging Al Qaeda to prove that Al-Zawahiri is still alive.

The doubt was caused as Al-Zawahiri did not mention the Taliban's takeover of Afghanistan in the video message.

In the video, he was shown praising the Al Qaeda terrorists who were killed last year. It referred to the Taliban just once, saying America is "broken and shattered."