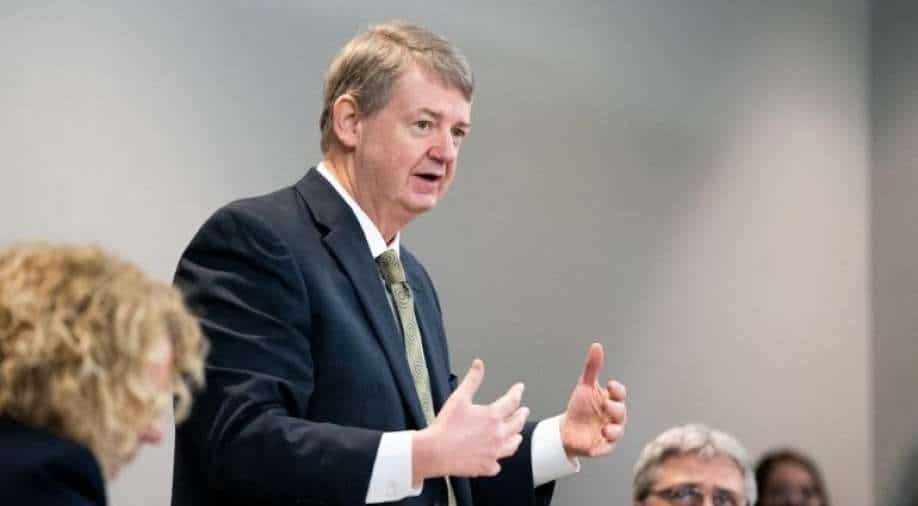 Arbery, a 25-year-old Black jogger, was shot with a shotgun by three white men that resulted in his death

The defence attorney in the Ahmaud Arbery murder trial is facing backlash after he objected to the presence of black pastors.

Arbery, a 25-year-old Black jogger, was shot with a shotgun by three white men that resulted in his death.

Attorney Kevin Gough had said ''If their pastor is Al Sharpton right now, that's fine. But then that's it.''

''We don't want any more black pastors coming in here, Jesse Jackson, whoever, was in here earlier this week, sitting with the victim's family, trying to influence a jury in this case,'' he added.

It happened after leading civil rights leader, the Rev. Al Sharpton, was seen seated with the victim's family earlier in the court proceedings.

In making his objection on Thursday, Gough told Judge Timothy Walmsley "we want to keep politics out of this case," and suggested that the presence of figures like Sharpton or Jackson "could be consciously or unconsciously an attempt to pressure or influence the jury".

When Arbery's family asked for the removal of Gough from the case, he said ''My apologies to anyone who might've been inadvertently offended.''

Gregory McMichael, 65, a retired police officer, his son Travis, 35, and their neighbor William "Roddie" Bryan, 52, are facing murder and other charges for the February 2020 shooting of Ahmaud Arbery. They face life in prison if convicted of murder.

The three defendants contend they mistook Arbery for a burglar in their Georgia neighborhood of Satilla Shores and invoked a since-repealed state law that allows ordinary citizens to make arrests.

A graphic video of the shooting of the unarmed Arbery went viral on social media and added fuel to last year's protests against racial injustice sparked by the murder of George Floyd, a 46-year-old Black man, by a white police officer in Minneapolis, Minnesota.