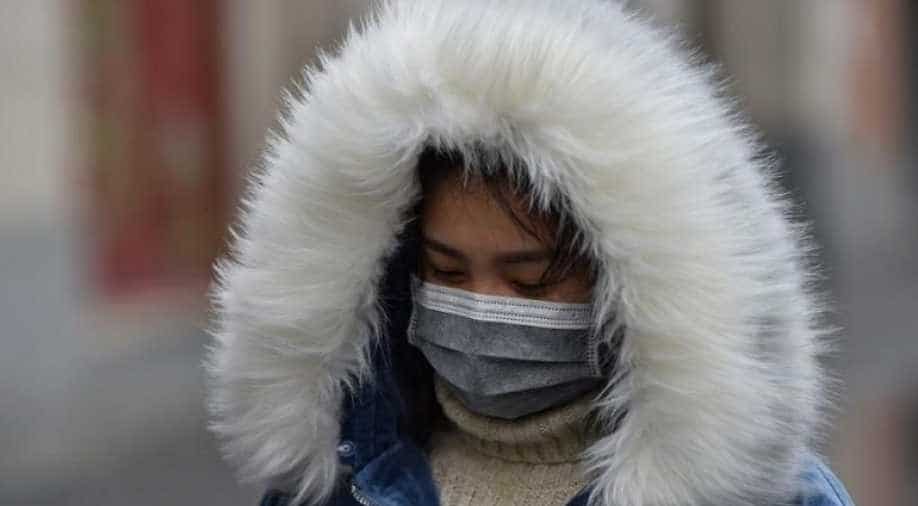 A woman wearing a protective facemask to help stop the spread of a deadly virus which began in the city, walks on a street in Wuhan in China's central Hubei province on January 25, 2020. Photograph:( AFP )

A woman is suing the government in Wuhan for the death of her father and for not divulging enough information about the coronavirus pandemic when it hit the city.

Zhao Lei, in conversation with Sky News, said that she is looking for compensation as well as a public apology. "I think the government covered up some facts," Zhao, told Sky News. She also suggested how this cover up led people of Wuhan to go on as if nothing had changed.

"Because of this, Wuhan people carried on living like before, they celebrated Chinese New Year normally, without taking any protection. It meant my father got infected and died”, she said.

Lei’s father had got infected with coronavirus in the end of January. Owing to the pressure on health services, no ambulance was available to take him to the hospital. In fact, he walked for six miles before a local vehicle took them.

However, Lei’s father passed away due to respiratory failure while waiting for treatment in the emergency room.

Lei shed light on what she thinks went down in Wuhan when the pandemic hit. "I think the government covered up the fact that coronavirus could spread from people to people. I hold the government accountable and ask them to pay the due price."

Zhao Lei’s application has been rejected by the municipal court, and her mother has been warned about repercussions if the case isn’t dropped.

Reports suggest that many journalists who were reporting from Wuhan have also been detained, and many still remain in custody.

Zhao Lei is now taking her case to the Supreme Court of Hubei, the parent province of Wuhan.

Also read: Wuhan officials kept China in the dark for weeks about coronavirus, US intel says

"What I did is legal, what I said is fact. I didn't lie. I didn't make up rumours. I think my lawsuit is good for our country. It can warn people that if we have a disaster next time, we could do something to prevent bad outcomes. We can save more people," she said.

Lei too contracted the virus and hopes to get justice for her father’s death, and vowed not to give up.

Wuhan emerged as the first major epicentre of the coronavirus pandemic, where it is said to have infected people from a wet market, where exotic animals are sold for consumption. Currently, the city has recovered and it in the process of reopening. Meanwhile, cases continue to rise around the world. The United States, Brazil, and India are the hardest-hit countries at the moment.