A tenacious winter storm now has the Northeast in its sights 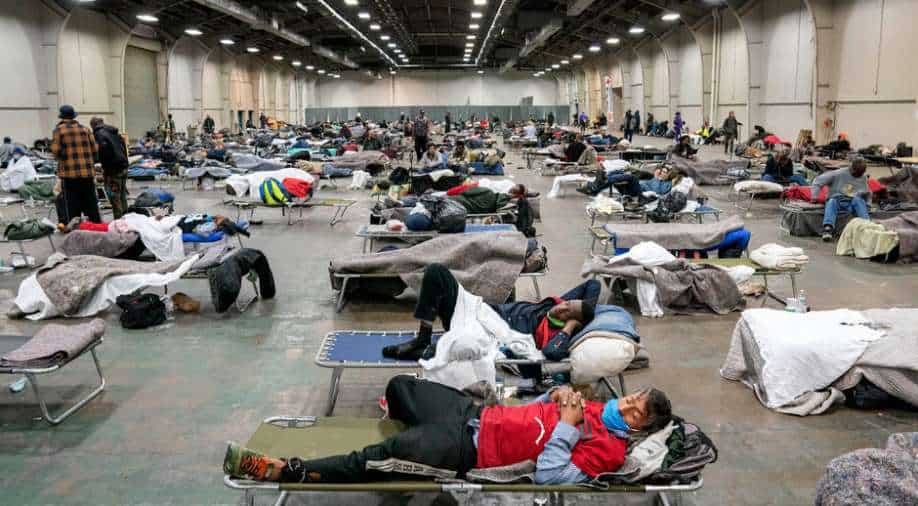 A tenacious winter storm now has the Northeast in its sights Photograph:( Twitter )

The weather service said Friday that between 4 and 8 inches of snow had accumulated so far in pockets of New York state. Its office in Albany, New York, said early Friday morning that the city had started to see some sleet and freezing rain, and advised people to avoid driving if they could

A tenacious winter storm that has already canceled flights, closed schools and created slick roadways across the South and the Midwest on Friday dumped snow, sleet and ice upon the Northeast.

The weather service said Friday that between 4 and 8 inches of snow had accumulated so far in pockets of New York state. Its office in Albany, New York, said early Friday morning that the city had started to see some sleet and freezing rain, and advised people to avoid driving if they could.

Buffalo and northern Vermont could see snow accumulation of up to 14 inches, according to the weather service, with 6 to 12 inches expected across central North Hampshire.

New York City was unlikely to see snow, Otto said, but may receive some ice mixed with rain. “It looks like they’ll be spared the worst of it,” he said.

Up to an inch of sleet was expected to accumulate in parts of northern Connecticut, southeastern Massachusetts and northern Rhode Island, while Portland, Maine, could receive up to 2 inches. In the Boston area and across southern New England, rain will turn into freezing rain, and then sleet, resulting in icy road conditions, the weather service said early Friday.

Continuing cold temperatures over the coming days were expected to keep the roads icy. More than 2,900 flights into, out of and within the United States had been canceled Friday, with the highest number of cancellations at Dallas Fort Worth International Airport, Boston Logan International Airport and LaGuardia Airport in New York, according to Flight Aware.

“That sleet is going to be a bit more difficult to clean up because we’re not going to get much help from warm temperatures,” said Sarah Thunberg, a meteorologist with the weather service in Portland.

The winter storm warnings this week have affected more than 54 million people across the country, the weather service said. By Friday morning, the storm had knocked out power to more than 300,000 homes and businesses, primarily in Tennessee and Ohio.

In Texas, Gov. Greg Abbott called the storm “one of the most significant icing events that we’ve had in the state of Texas in at least several decades.” As of Friday morning, 3 to 5 inches of snow had fallen on some areas north and west of Fort Worth, Texas, and roads in Central and North Texas were “very hazardous,” according to the weather service. “Avoid travel if at all possible.”

The arrival of single-digit temperatures, snow and sleet in North Texas came nearly a year after an eight-day freeze caused widespread power outages, plunging the state into darkness and claiming the lives of more than 240 people.

One person was killed in a tornado near Sawyerville, Alabama, south of Tuscaloosa, according to Russell Weeden, director of emergency management for Hale County. He told local reporters that eight people had been injured, including three critically.

The situation on the highways was more dire in Illinois, where a portion of Interstate 57 was blocked for several hours Thursday after several tractor-trailers jackknifed.