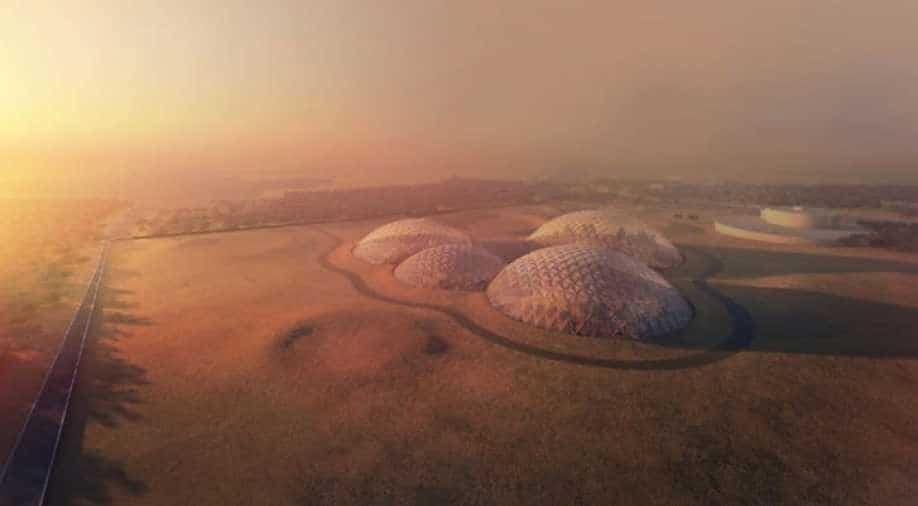 Mars has a thin atmosphere and no global magnetic field. There is the problem of temperature as well. The group designers will have to consider these things while framing the model.

The United Arab Emirates had, in 2017, announced its ambition to colonise Mars within the next 100 years. Architects have taken a step ahead in this scheme of things, and now Dubai is set for an other-worldly architectural project.

Architects are planning to recreate a Martian city in the desert outside Dubai.

The Mars Science City was intended as a field for Dubai's Mohammed Bin Rashid Space Centre (MBRSC) to develop the technology needed to colonise Mars. It was originally earmarked to cover 176,000 square metres of desert and cost approximately $135 million.

Architects Bjarke Ingels Group were then asked to design a prototype of a city suitable for sustaining life on Mars -- and then adapt it for use in the desert.

Notably, Mars has a thin atmosphere and no global magnetic field. There is the problem of temperature as well. The group designers will have to consider these things while framing the model.

To this end, the Bjarke Ingels Group has said the Martian city would be made up of pressurised biodomes each covered with a transparent polyethylene membrane. Oxygen, made by applying electricity to underground ice, would fill each biodome.

As the population on Mars grows, biodomes would be joined together to form villages and eventually form cities in the shape of rings, or "toruses."

The city would be powered and heated using solar energy, and the thin atmosphere could actually help the domes maintain their temperature.

Mars Science City is only one part of the ambitious space programme run by Dubai's Mohammed Bin Rashid Space Centre. Last year it sent its first astronaut into space; this summer it will launch a probe to Mars, and in November it will undertake its first-ever analog mission.