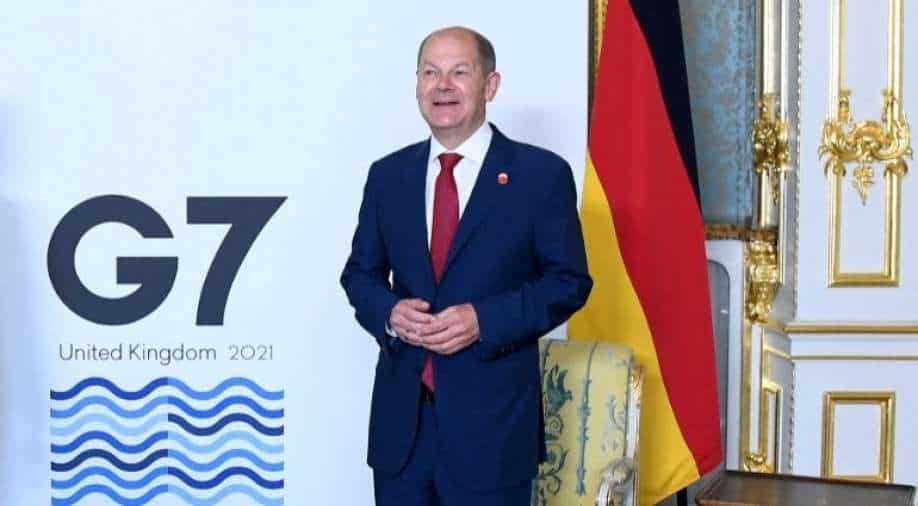 Hours after Germany dramatically reversed its ban on lethal weapons exports to conflict zones by announcing huge shipments to Ukraine, Scholz said 100 billion euros ($113 billion) will be earmarked for investments for the army in 2022 alone

Haunted by its post-war guilt, Germany has always trod lightly and quietly on the world stage when it comes to conflicts.

But at an emergency parliamentary sitting on Sunday, Scholz, who himself had been accused of dawdling on the Ukraine crisis, said: "With the invasion of Ukraine, we are now in a new era."

Hours after Germany dramatically reversed its ban on lethal weapons exports to conflict zones by announcing huge shipments to Ukraine, Scholz said 100 billion euros ($113 billion) will be earmarked for investments for the army in 2022 alone.

The financial bazooka for the Bundeswehr should be written in the German constitution, he said.

Europe's biggest economy will also "from now on -- year after year -- invest more than two percent of gross domestic product in our defence," said Scholz.

The commitment goes above the two-percent target fixed by NATO, overturning years of under-investment that had put Germany in the crosshairs of its allies.

But Scholz said Putin's assault has made clear that "Germany will have to invest clearly more in the security of our country."

The aim is a powerful, state of the art, advanced army that protects us reliably."

Also read | 'Like 1941 when attacked by Nazi Germany': Ukraine lashes out at Putin

Scholz, who took office in December after staging a stunning upset of Merkel's party in elections, had often been derided for his robotic speeches defending existing policies.

But the Ukraine crisis appears to have transformed the man once described by Spiegel magazine as "the embodiment of boredom in politics", with what Bild daily called a "historic speech" on Sunday that gives a "jolt to sleepy, bored Germany".

The volte-face is all the more remarkable given the composition of Germany's current government.

After 16 years of conservative-led coalition under Merkel, Scholz's centre-right Social Democrats (SPD) are currently in charge, along with junior partners the Greens and the liberal FDP.

While the Greens have always had an anti-weapons export stance, the SPD has been accused of an overly cosy attitude with Russia, while the FDP is often criticised for privileging economic interests.

But Foreign Minister Annalena Baerbock of the Green party declared that "perhaps on this day, Germany is leaving behind a form of special and unique restraint in foreign and security policy".

"The rules that we have set ourselves must not take us away from our responsibility. If our world is a different one, then our policy must also be different."

Germany said it was delivering 1,000 anti-tank weapons and 500 "Stinger" surface-to-air missiles from its Bundeswehr stocks to Ukraine.

It will also boost troops in NATO's eastern flank, including with new deployments to Slovakia, said Scholz, also voicing readiness to join the defence of allied airspace with anti-aircraft rockets.