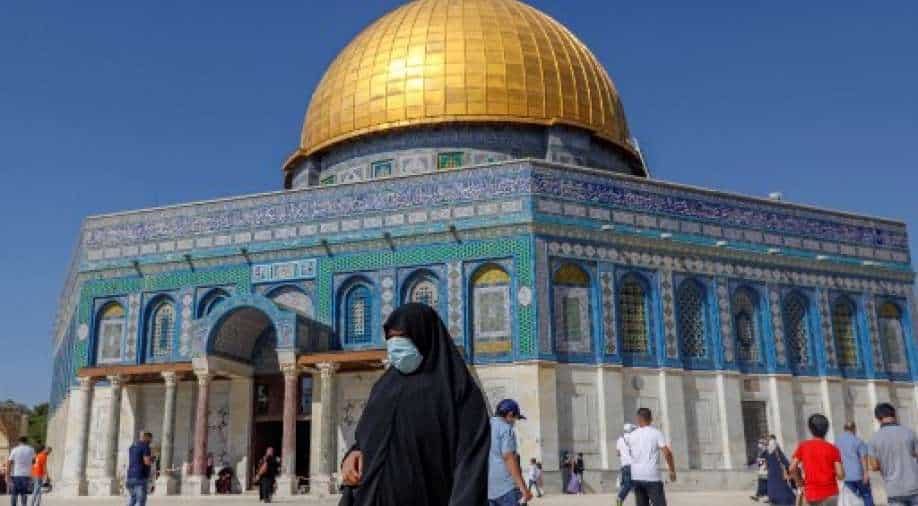 At least 40 people have been hurt, according to the Red Crescent, when police fired rubber bullets at youngsters throwing rocks at a place treasured by Muslims and Jews.

In the latest outbreak of violence near Jerusalem's al-Aqsa mosque, which is revered by Muslims and Jews alike, Israeli police fired rubber bullets and stun grenades at Palestinian youngsters throwing rocks.

At least 42 Palestinians were hurt in early morning confrontations on Friday at Islam's third holiest shrine, according to the Palestine Red Crescent.

When hundreds of people began throwing rocks and pyrotechnics, especially in the direction of the Western Wall, where Jewish worshippers gather, Israeli police said they intervened.

"We will continue to act decisively against rioters and outlaws for the public safety and security," police said in a statement.

There were almost daily confrontations at the mosque this month when Ramadan overlapped with the Jewish celebration of Passover, which brought hundreds of thousands of Muslims and Jews to the heavily policed site in the old city.

The violence had subsided this week following the end of Passover and Israel's suspension of Jewish visits to the massive esplanade, which houses the golden seventh-century Dome of the Rock and the eighth-century al-Aqsa mosque.

The compound is the holiest site in Judaism and contains the ruins of two ancient Jewish temples.

Ramadan will end next week, and massive crowds are expected at al-Aqsa mosque on the final Friday of the fasting month.

Officials in Israel have blamed this month's tensions on Islamist groups, particularly Hamas, which administers the Palestinian enclave of Gaza, for encouraging teenagers to create disturbances in order to incite Muslim world fury against Israel.

"For the past hour, the site has been quiet and (Muslim) worshippers are safely entering (the compound)" police said.

But tensions remain high at the site in the heart of Jerusalem's old, walled city, part of Israeli-annexed east Jerusalem.

Over the past two weeks, nearly 300 Palestinians have been injured in clashes at the Al-Aqsa compound, Islam's third-holiest site which is the most holy site for Jews, who call it the Temple Mount.

Israel's incursions into the site during Ramadan have raised global concern, but the Jewish state has insisted it was compelled to act against operatives from the Islamist groups Hamas and Islamic Jihad who were seeking to spark widespread unrest across Jerusalem.

In an apparent attempt to ease tensions, Israel's Foreign Minister, Yair Lapid, has stressed that the government was committed to the status quo at the compound, meaning an adherence to the long-standing convention that only Muslims are allowed to pray there.