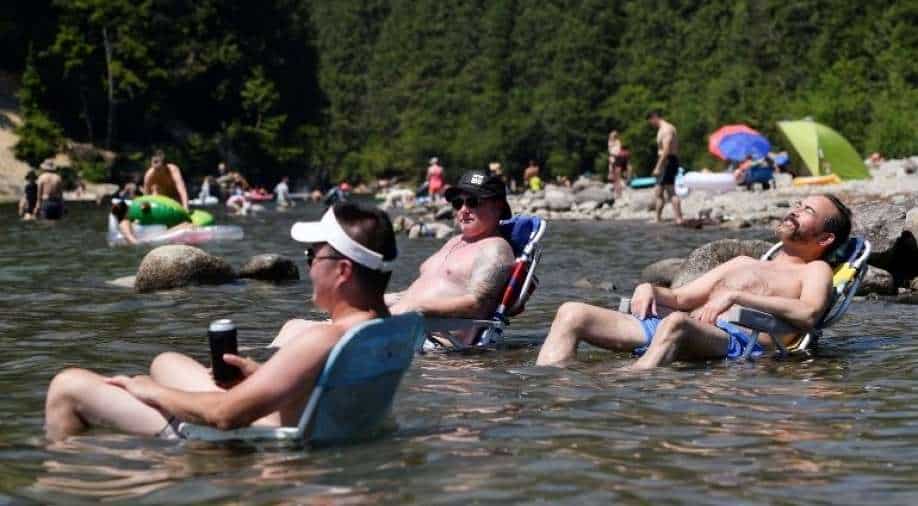 Beach-goers sit in the water at a Lake to cool off. Photograph:( Reuters )

For the third day in a row, Canada's highest ever temperature was recorded in Lytton, British Columbia, at 49.5 degrees Celsius (121 degrees Fahrenheit).

Over 230 people have died in British Columbia, Canada, since Friday as a catastrophic heat wave delivered record-breaking temperatures. It was a "unprecedented time," according to the province's chief coroner.

At least 69 people have died in the Vancouver area of Canada as a result of a record-breaking heat wave that has engulfed the west of the country and the US Pacific Northwest. Most were elderly or had underlying health conditions.

According to the Royal Canadian Mounted Police (RCMP), the majority of the fatalities in the Vancouver suburbs of Burnaby and Surrey during the past 24 hours were the elderly or people with underlying health concerns.

Temperatures in Canada had never exceeded 45 degrees Celsius (113F) before this week.

According to a new Natural Resources Canada study, the majority of Canadians, including individuals, businesses, and governments, are unprepared to deal with extreme weather.

Heat warnings have been issued by Environment Canada for British Columbia and Alberta, as well as parts of Saskatchewan, the Northwest Territories, and a chunk of the Yukon.