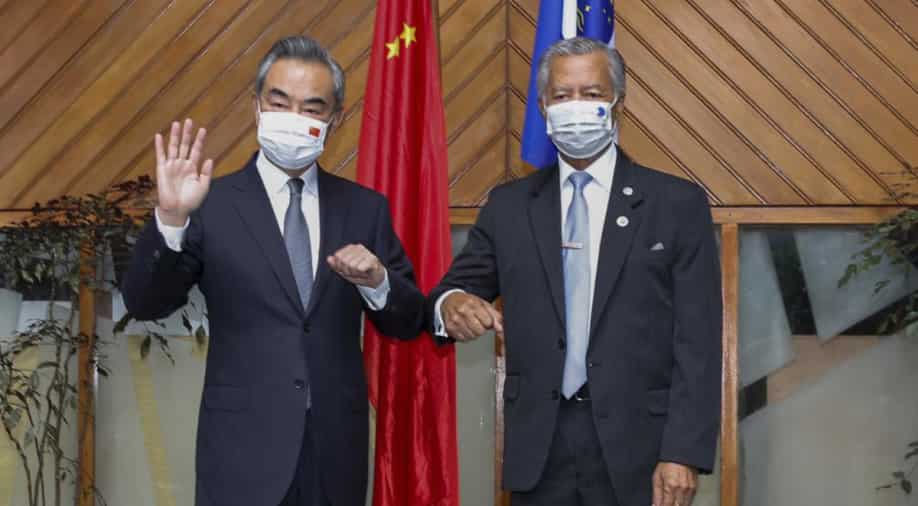 Directly challenging the influence of the United States and its allies in the strategically vital region, China is offering to radically ramp up its activities in the South Pacific

Chinese Foreign Minister Wang Yi, who held talks with the leaders of these nations, failed to reach an agreement regarding the security pact.

After a meeting with his counterparts deferred consideration of a sweeping trade and security communique, Yi on Monday urged the Pacific region not to be "too anxious" about his country's aims.

"China will release its own position paper on our own positions and propositions and cooperation proposals with Pacific island countries, and going forward we will continue to have ongoing and in-depth discussions and consultations to shape more consensus on cooperation," he told reporters in Fiji.

"Don't be too anxious and don't be too nervous, because the common development and prosperity of China and all the other developing countries would only mean great harmony, greater justice and greater progress of the whole world," he said.

Directly challenging the influence of the United States and its allies in the strategically vital region, China is offering to radically ramp up its activities in the South Pacific.

"There has been general support from the 10 countries with which we have diplomatic relations, but of course there are some concerns on some specific issues," said China's ambassador to Fiji, Qian Bo.

A draft communique and five-year action plan sent by China was opposed by Federated States of Micronesia, according to a letter leaked last week.

As a result, other nations wanted it amended or a decision delayed, an official from one Pacific country told Reuters before the meeting.

The secretary-general of the Pacific Islands Forum, Henry Puna said "We are all well aware of the increasing intensity of geopolitical manoeuvring in our region today. Indeed, the recent influx of high-level visits to our Blue Pacific demonstrates the increasing value that our partners, including China, must place on our collective ability to think, live, engage and deliver."

"Geopolitical point-scoring means less than little to anyone whose community is slipping beneath the rising seas, whose job is being lost to the pandemic, or whose family is impacted by the rapid rise in the price of commodities," said Fiji's Prime Minister Frank Bainimarama.

With the US State Department warning South Pacific nations to be wary of "shadowy, vague deals with little transparency", Western powers have bristled against China's move into the region.

Joining the United States in urging a spurning of China's attempts to expand its security reach deep into the region, Australia's new foreign minister has also warned of the adverse "consequences" of such deals.