Indian citizens who were awarded with Nobel Prize 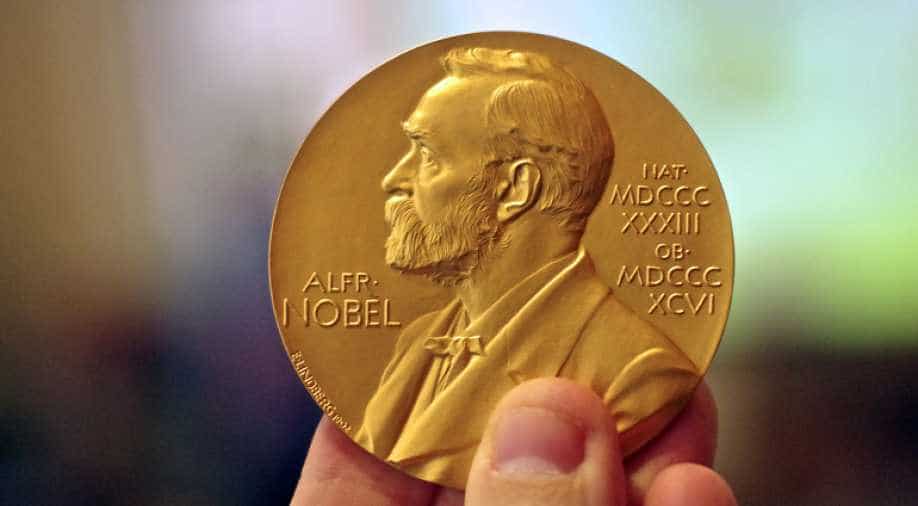 Women achievers of the Nobel Literature Prize Photograph:( Others )

Nobel Prizes are recognised as one of the most prestigious honours awarded in the field of Physics, Chemistry, Physiology or Medicine, Literature, Peace and Economics. These prizes are instituted by Alfred Nobel's last will, which specified that his fortune be used to create a series of prizes.

So far, as many as 835 individuals (791 men and 44 women) and 21 organisations have been awarded with the Nobel Prize, some more than once. Among the total recipients, 12 are Indians – 5 Indian citizens and 7 of Indian origin or residency.

Listed below are the 5 Indian citizens who were awarded with Nobel Prize:

Born in the year 1861 in Kolkata, Rabindranath Tagore reshaped Bengali literature and music, as well as Indian art with Contextual Modernism in the late 19th and early 20th centuries. Tagore was awarded Nobel Prize for Literature in the year 1913 for 'Geetanjali', a collection of his poems.

Chandrasekhara Venkata Raman was born in Tiruchirappalli in Tamil Nadu. He won the Nobel Prize in the year 1930 for his work in the field of light scattering. This effect is now named after him — the Raman scattering.

Born in Skopje (now capital of the Republic of Macedonia), then part of the Kosovo Vilayet in the Ottoman Empire, Mother Teresa spent most of her life in India. Mother Teresa was awarded with Nobel Peace Prize in 1979. She struggled to overcome poverty and distress. Popularly known as Saint Teresa of Calcutta, Mother Teresa was canonised on September 4, 2016 and her death anniversary September 5 was made her feast day.

An Indian economist, Amartya Kumar Sen was born on November 3, 1933 in Manikganj, British India (present-day Bangladesh). In the year 1998, Sen received Nobel Memorial Prize in Economic Sciences. He has taught and worked in the United Nations and the United Kingdom. Sen has made contributions to welfare economics, social choice theory, economic and social justice, economic theories of famines, and indexes of the measure of well-being of citizens of developing countries.

Kailash Satyarthi, an Indian children's rights and education advocate was born on January 11, 1954. Satyarthi, along with Pakistani activist Malala Yousafzai, was awarded with the Nobel Peace Prize in 2014 for their struggle against the suppression of children and young people and for the right of all children to education. He is the  second Indian winner of the Nobel Peace Prize after Mother Teresa.