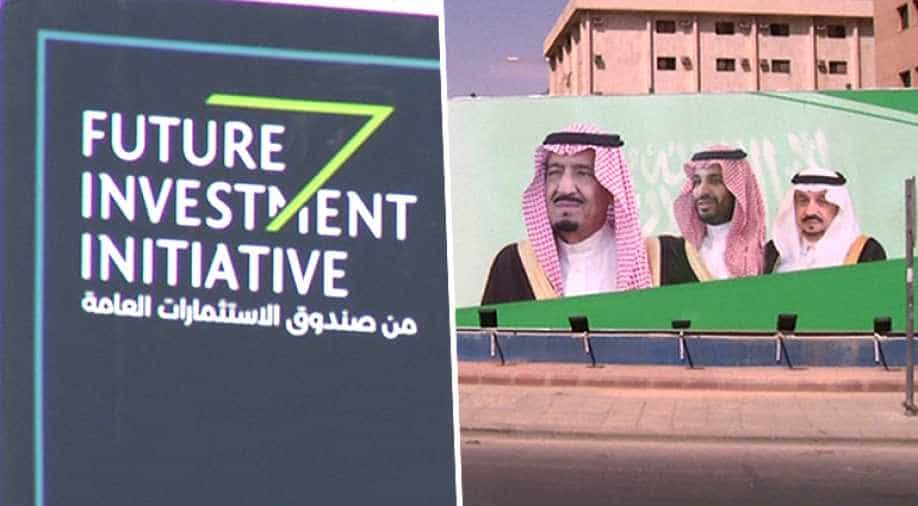 Saudi Arabia on Tuesday hosted the "Future Investment Initiative" popularly known as "Davos in the Desert" even as the controversy over journalist Jamal Khashoggi's killing continued to hit global headlines.

Siemens CEO Joe Kaeser was the latest big name to quit the summit even as top ministers from Britain, France and Germany decided to stay away in a big blow to Prince Salman's initiative to showcase Saudi Arabia as an investment destination.

However, Pakistan PM Imran Khan decided to attend the marquee event despite high profile pullouts in order to look for funds to salvage the country's deteriorating balance of payment crisis.

"PM Imran signifies our solidarity with the kingdom in its efforts to become an emerging hub of international business and investment,” the foreign ministry said in the statement.

“The conference provides an opportunity to interact with important business leaders who are interested in investing in Pakistan," the statement added.

Meanwhile, US Treasury Secretary Steven Mnuchin who decided to stay away from the high profile conference faced a global backlash after he met Saudi Crown Prince Mohammed bin Salman at a close door meeting.

President Trump ha said earlier on that he was "not satisfied" with Saudi Arabia's explanation on how Khashoggi was killed inside the Saudi consulate in Istanbul.

Turkey had declared on Monday that Jamal Khashoggi's death was  "savagely planned" as it promised to reveal the "naked truth" related to his murder.

"This was extremely savagely planned, and we are faced with a situation where there has been a lot of effort to whitewash this," Justice and Development Party (AKP) spokesman Omer Celik said.

"This is a very complicated murder," Celik added.

Turkish government officials have said a team of 15 Saudis were sent to Istanbul to kill Khashoggi who was a vocal critic of the Saudi regime and regular opinion writer for the Washington Post.