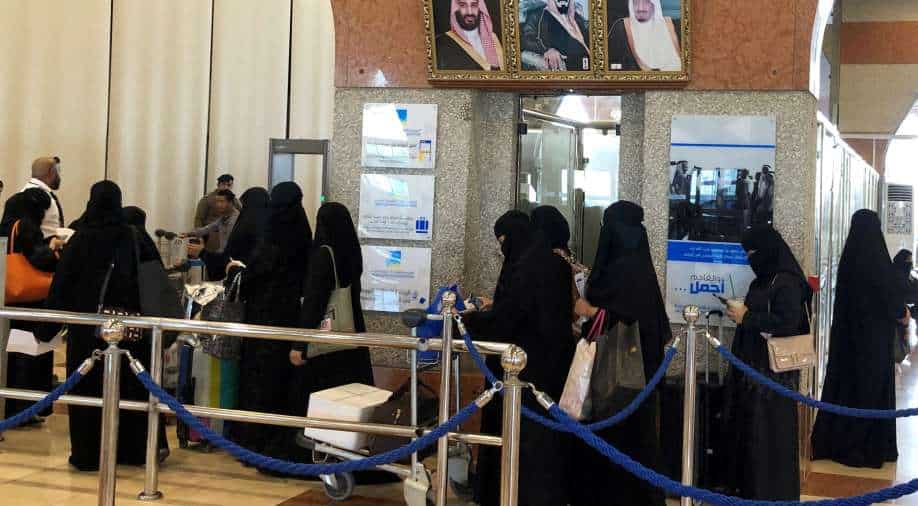 The Spanish train operator informed that women operators would be selected to drive bullet trains between Mecca and Medina after receiving training for over a year.

Renfe said it had culled the list through online assessment of academic background and English language skills as it seeks to recruit new operators for its service.

Women in Saudi Arabia were not allowed to drive cars until 2018.

The country has made efforts to open up its economy for women who have increasingly begun joining the workforce although the proportion of women working in the country is currently half of that of men with authorities keen to address gender issues.

Watch: For the first time, Saudi women stand guard in Mecca during haj

The Spanish train operator informed that women operators would be selected to drive bullet trains between Mecca and Medina after receiving training for over a year.

Reports claim there has been a significant rise in participation of women in Saudi Arabia's workforce rising from 17 per cent in 2016 to over 33 per cent in 2020 with unemployment levels among women declining 24 per cent in 2020.

According to Saudi Arabia's Vision 2030 report, the kingdom is keen to provide opportunities to everyone - both men and women. The report said over 50 per cent of university graduates are women. The Saudi government is seeking to boost women’s participation in the workforce by 2030.

Recently Saudi human resource minister Ahmed Al-Rajhi pointed out that citizens entering the labour market for the first time in one year had reached 400,000 comprising of both men and women with the total reaching more than 1,900,000 as he emphasised women's participation was a major goal as laid down under Vision 2030.