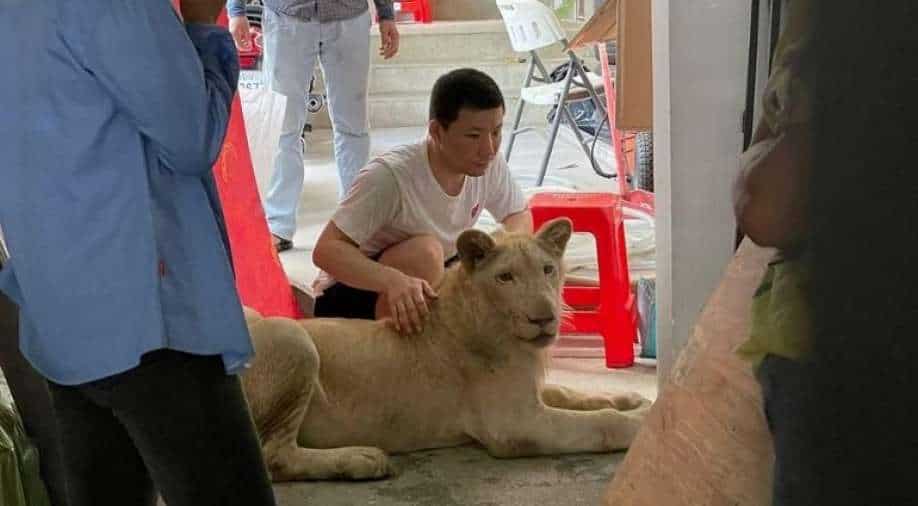 This handout photo taken and released by Cambodia's Ministry of Environment on June 27, 2021 shows a male lion as it is being confiscated by authorities from a private residence where it was being raised as a pet in Phnom Penh. Photograph:(AFP)
Follow Us

According to environment ministry official Neth Pheaktra, the 18-month-old male lion weighing 70 kilogrammes was imported from overseas by the owner to be grown in his home.

After being shown being hugged and bathed in social media footage, Cambodian authorities confiscated a lion that was being illegally kept as a pet.

Officials stated the animal had been smuggled from China and was being raised in a villa in the capital, Phnom Penh.

According to environment ministry official Neth Pheaktra, the 18-month-old male weighing 70 kilogrammes was imported from overseas by the owner to be grown in his home.

"People have no right to raise rare wildlife as pets. Cambodian authorities started investigating this lion since we saw it on TikTok in late April," Pheaktra said. 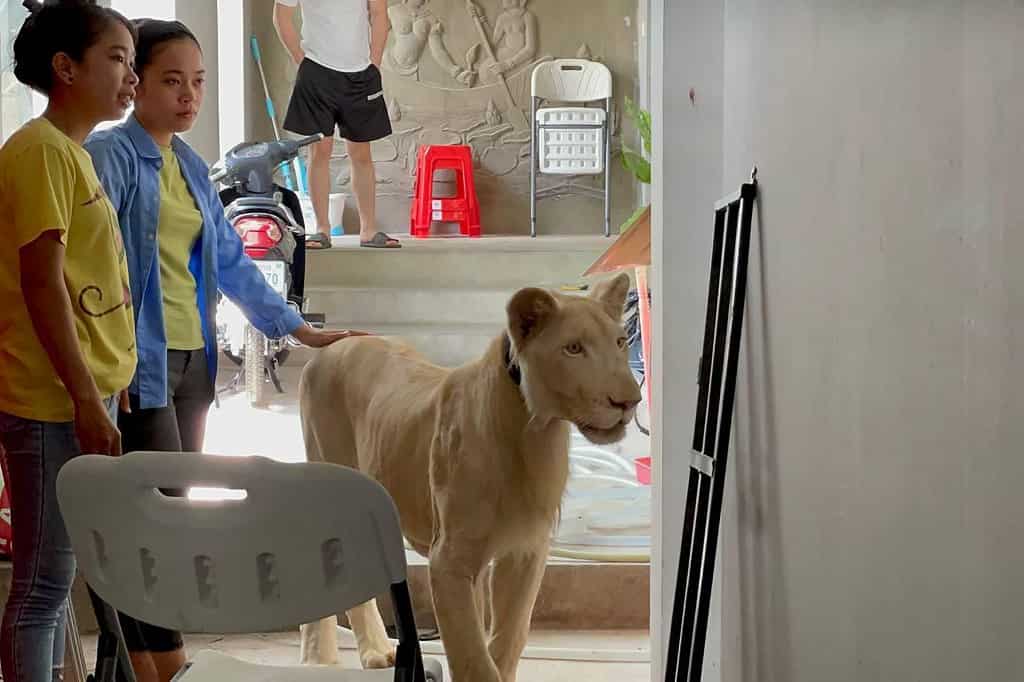 The conditions of a private residence were "intolerable for a wild animal," according to the Wildlife Alliance, an animal rescue non-government organisation that cooperated with the raid.

“In addition, the lion's canine teeth, as well as its claws, had been removed, drastically reducing a lion's quality of life,” it claimed.

The owner had posted a photo of the lion lounging in a driveway while a dog played nearby on the TikTok.

There was also footage of it being splashed down with a hose as a small cub.

The animal was seized a day after a Twitter user shared an overhead photo of it wandering through a garden in Phnom Penh's posh Boeung Keng Kang area.