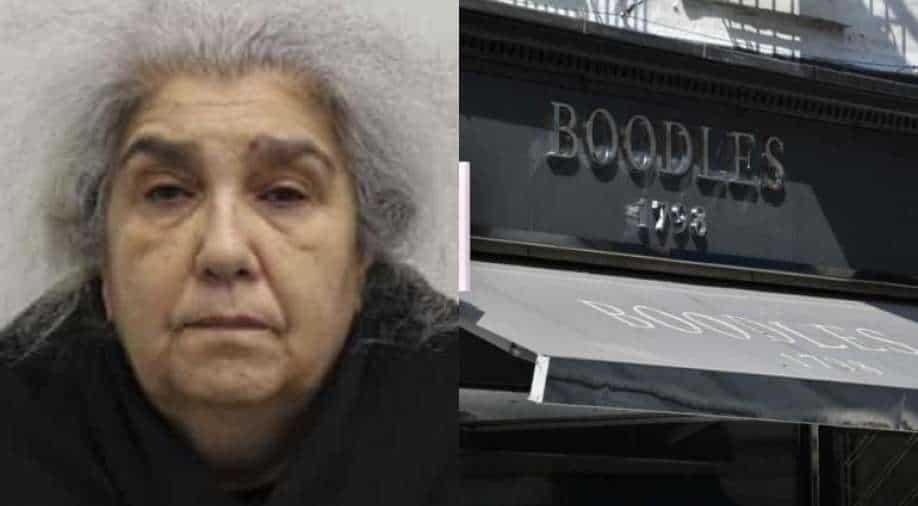 In this combination of images, jewel thief Lulu Lakatos can be seen along with Mayfair jewellers Boodles  Photograph:( Agencies )

A diamond thief called Lulu Lakatos, who stole $5 million, has been asked to pay just $340 for executing a heist in the United Kingdom.

The con woman had posed as a gem expert to steal diamonds by swapping them for pebbles from luxury Mayfair jewellers Boodles.

The 60-year-old is serving a five-and-a-half-year sentence after she was found guilty of conspiracy to steal last year over the plot likened to a Hollywood heist movie.

In 2016, CCTV footage from the firm’s basement showed the moment the purse was put into Lakatos’s handbag and switched for a duplicate by an accomplice.

The gems, which included a 20-carat heart-shaped diamond worth more than $4.1 million, were to be kept in a locked bag in the jeweller's vault until payment was made.

When Boodles' diamond expert opened the bag the next day after becoming suspicious, she discovered seven tiny rocks.

After less than three hours of stealing the diamonds, she had fled the UK for France.

Prosecutor Philip Stott said the diamonds had been "stolen by the defendant by sleight of hand".

"The conspiracy in which she is alleged to have played an integral and central part was one of the highest possible sophistication, planning, risk and reward," he told Southwark Crown Court in London.

Due to involvement in the plot, Christophe Stankovic and Mickael Jovanovic were jailed for three years and eight months after pleading guilty to conspiracy to steal.

''Anna was most unattractive, she was overweight, she was dressed most extraordinarily, she was wearing the sort of thing a Russian dancer would wear,'' said Boodles chairman Nicholas Wainwright.

He added, ''I was watching her like a hawk,' but said he was distracted by a call from the fake Russian buyer.''

Last September, Lakatos was arrested in France on a European arrest warrant and extradited to the United Kingdom.