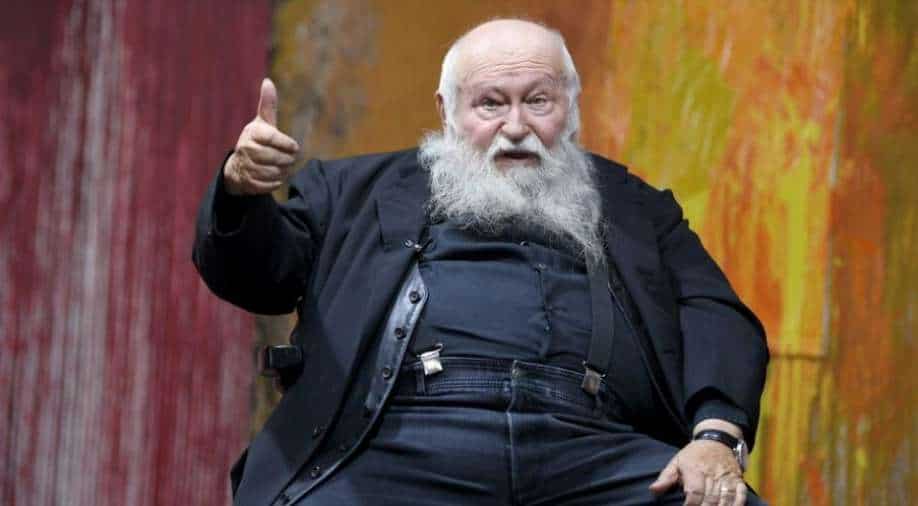 "Hermann Nitsch died peacefully at the age of 83 after a serious illness," a statement from the family said.

Hermann Nitsch, an Austrian artist known for his paintings and performances involving human blood and animal carcasses, died on Tuesday at the age of 83, according to his family.

According to his niece, Nitsch died on Monday in a hospital in Lower Austria.

The family announced in a statement that "Hermann Nitsch died peacefully at the age of 83 after a long illness."

Nitsch belonged to the "Actionists," a radical avant-garde group known in the 1960s for skinning animal carcasses, tying up human bodies, and creating works with blood, mud, and urine.

His most recent exhibitions include a 2015 show in Sicily, Italy, that showed dead animals on crucifixes, prompting animal rights groups to accuse him of blasphemy and incitement to murder.

However, quality has triumphed over controversy. "This kind of tiny uproar is always part of it," his wife Rita Nitsch said at the time (his work)...

In Austria and Italy, Nitsch has two museums dedicated to his art.