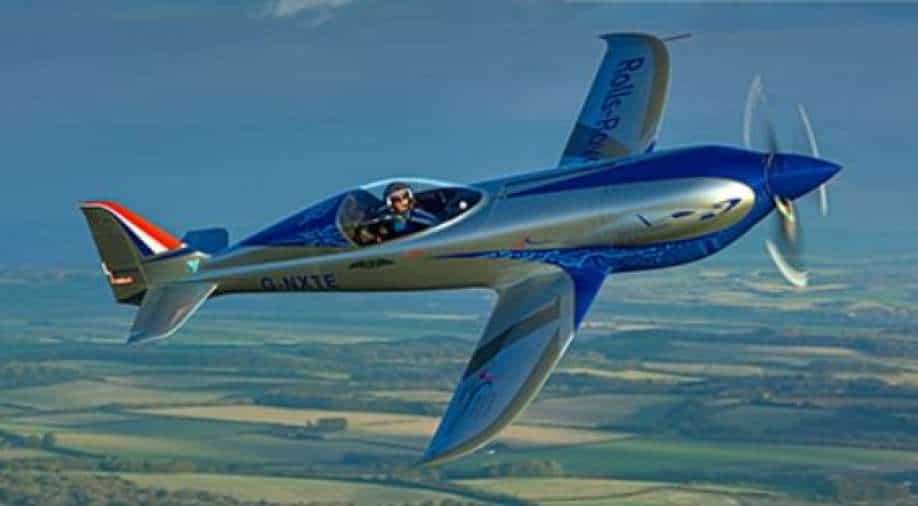 According to Britain's iconic auto giant Rolls-Royce, the ‘Spirit of Innovation’ aircraft is the world’s fastest all-electric aircraft.

Rolls-Royce said the aircraft has already set three new world records while adding that it has informed the world air sports federation that the aircraft reached a top speed of 555.9 km per hour over 3 kilometres while smashing the existing record by 213.04 km per hour.

The company claimed the aircraft reached a top speed of 532.1 km per hour over 15 kilometres at UK's Boscombe Down testing site as it broke the fastest time to climb to 3,000 metres by 60 seconds with a time of 202 seconds.

"During its record-breaking runs, the aircraft clocked up a maximum speed of 623 km/h which we believe makes the ‘Spirit of Innovation’ the world’s fastest all-electric vehicle," it said.

"Following the world’s focus on the need for action at COP26, this is another milestone that will help make ‘jet zero’ a reality and supports our ambitions to deliver the technology breakthroughs," Warren East, CEO, Rolls-Royce said.

In Pics: World's largest all-electric plane soars in the air for the first time

The company said the record-breaking feat was achieved through its 400kW electric powertrain and power-dense propulsion battery pack. The company said it hopes the Fédération Aéronautique Internationale (FAI) will certify the record while highlighting advances in "electrification of aerospace".

Phill O’Dell who was the test pilot and the director of flight operations said it was the highlight of his career while claiming it was a "momentous occasion". Rolls-Royce said it has learnt from the motorsport background of its partners.