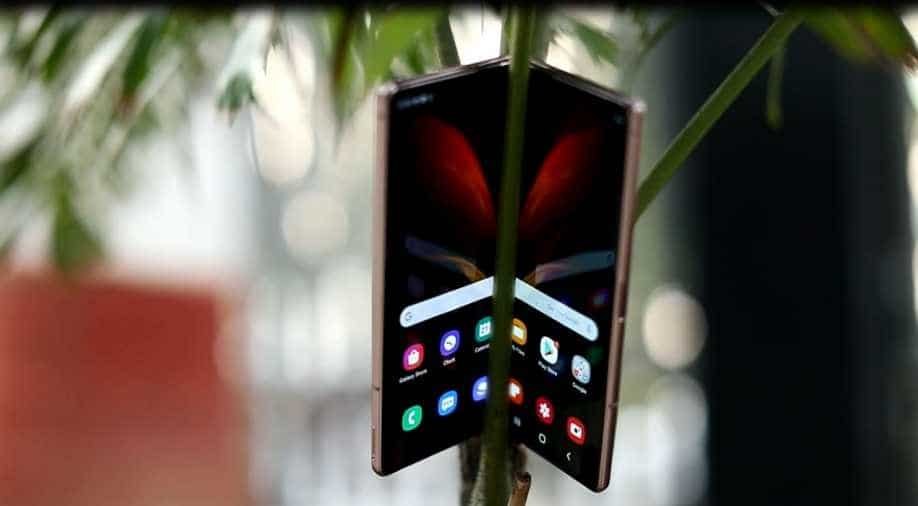 The Galaxy Z Fold 2 5G is Samsung's brand-new foldable phone. I spent a day with it and in the little time that I did, here’s what I think about it.

Foldable phones are said to be the future of smartphones. I got my hands on one such device to understand the technology better.

The Galaxy Z Fold 2 5G is Samsung's brand-new foldable phone. I spent a day with it and in the little time that I did, here’s what I think about it.

I will start with the design. You carry it around - either folded or unfolded, and it won’t go unnoticed. It's that attractive. When it’s unfolded, it becomes a tablet. And when folded, it takes the form of a phone - pretty much the same as the first iteration, but the Galaxy Z Fold 2 comes with major improvements.

Next comes the hinge mechanism -- a major component that sets its foundation and enables it to fold and unfold. When unfolded, the crease - on which the phone actually bends - remains noticeable, but it’s much better than the original Galaxy Fold. The gap between the hinge and the display has been reduced now. As a result, it’s smooth to use.

When closed, the hinge appears covered with a catchy metal piece, and it actually adds to the premium look of the phone. Some may not like the camera bump, but I find it cool. After all, the language of design is subjective. Also, I do like the matte finish at the back.

Interestingly, both the displays come with a punch-hole camera, another improvement over the first-generation Galaxy Fold. As a result, it leaves one with a neater display and a better viewing experience.

What really concerns me on the design front is the weight. It’s a little on the heavier side. It's felt more, when the phone is closed. As one would expect, the phone appears to be thick when it’s folded.

What I would have really liked is a foldable phone that is also much slimmer. Let's hope such a device is invented soon.

On the whole, the design of the Galaxy Z Fold 2 manages to impress.

That’s about the look and feel, but how are the displays? And most importantly, do the two displays with a flexible screen actually add value to the user experience?

One can easily notice that the cover display in the Galaxy Z Fold 2 has a better viewing area than the first model -- which is good.

The two displays are pretty much in sync. So, anything opened on the cover screen seamlessly shifts to the bigger screen once you unfold it.

The split screen feature is quite interesting. It takes multitasking to a whole new level.

You can work on multiple apps on a screen - just drag the apps that you want to launch and drop. Interestingly, you can decide which app would consume how much space on the screen.

When it comes to typing on the big screen, the keyboard spreads across in such a way that it becomes easy to type.

The Flex mode is another highlight of the phone. It allows you to fold and keep the phone at any angle, which means you can enjoy watching videos easily. It also makes video conferencing easier.

I am not sure about how many apps have been optimised for the Flex mode right now.

The display is bright and produces vibrant colours, but it easily catches fingerprint marks. It would be too early to say anything about the display’s durability.

Both the front and rear cameras appear to be promising. They capture detailed photos with lifelike colours. I will be able to comment more on the cameras once I get to use the phone for a longer period.

The speaker delivers a big loud sound. I can’t say much about the battery performance as of now because I've only used it for a day, but what I do realise is that it takes around 1 hour to charge from 13 per cent to 50 per cent.

I didn't face any lag or heating issues in the time I used the phone, but a detailed review of the phone will help me come out with a clear verdict.

The new foldable phone comes with major improvements over its predecessor, but does it justify the price tag of INR 1.5 lakh? I will comment on that when I get to use the phone for an extensive period.

But, for now, all I can say is that foldable phones are getting better and I can’t wait for them to go mainstream.