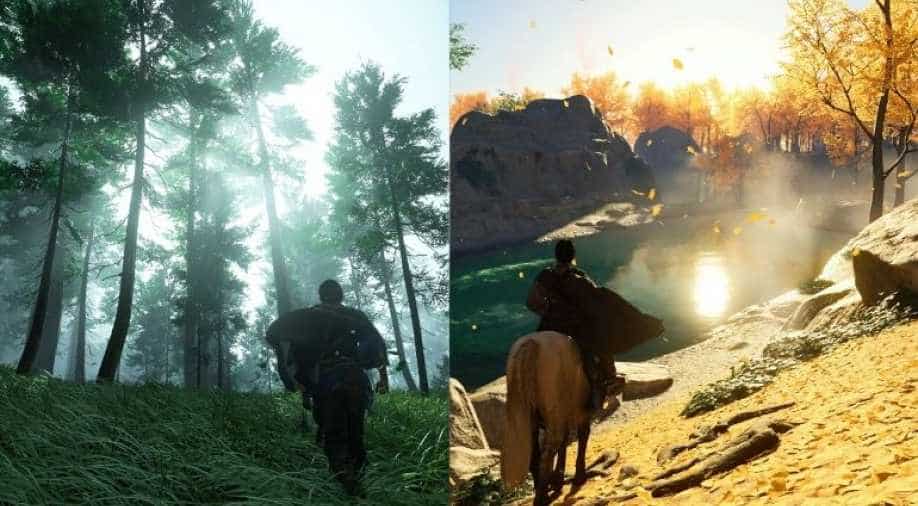 The game titled "Ghost of Tsushima" has received backlash online. Based in 13th century, the game depicts Mongol invasion of Japan, and shows the former as vicious foreign invaders.

The depiction of Mongols as invaders in a new PlayStation 4 game has stirred furore in China, and has sparked debates around nationalism in the country.

The game titled "Ghost of Tsushima" has received backlash online. Based in 13th century, the game depicts Mongol invasion of Japan, and shows the former as vicious foreign invaders.

The Japanese, on the other hand, are shown as heroes defending their own country. The game is set on the island of “Tsushima”.

The titular character, Jin Sakai, travels through Japan preying on Mongols, and engages in physical altercations with them.

Even though the game is set far off from China, people in the country have expressed disapproval of the game’s depiction.

Ghost Of Tsushima's PHOTO MODE is pretty cool, especially with how AMAZING the open world looks like.

Here are my favorite scenic shots that I took.

It also helps me practice my Compositions for IRL, hahaha! 📸#GhostsofTsushima pic.twitter.com/5cr4XyFVOq

However, Mongols have played a considerable role in the history of China. They became the first ethnic group besides the Han Chinese to take control over the country and maintaining it for over a century.

The Chinese critics believe that Mongols who occupied China should be now considered  Chinese.

Japan is largely perceived as enemy territory for it had invaded China before World War 2.

As reported by the South China Morning Post, a user extended his support to the Mongols on Chinese iteration of YouTube called Bilibili. The user also referred to the Japanese with a slur.

“I stand with the Mongols, [slur for Japanese] can crawl”, it roughly translated into.

Another user on a Chinese content portal called Zhihu observed how this remains a plot where the Japanese are murdering Chinese.

“This is a game where the Japanese are killing Chinese. Mongols are one of the nomadic groups of north China. Very much like the Han Chinese, they are”, this one said.

Many users rang in a nationalist rhetoric and urged Chinese people to not play the game, and leave it to the foreigners. “Chinese shouldn’t join in on the fun”, a user said.

Some gamers were also quick to mocking such observations, saying they saw nothing problematic with the plot construction of the game.

Read what one user on Twitter had to say

It seems that some people are really trying to find reasons to hate on Ghost of Tsushima. Probably because you can’t release anything these days without someone trying to create controversy where there isn’t any. It’s a samurai action game. It’s not that deep.

The furore has also been mocked on Japanese portals. For instance:

Ghost of Tsushima "controversy" gets openly mocked by the people of Japan on multiple Japanese websites hahahhttps://t.co/jMJx4sWHcV pic.twitter.com/5KoOc7rJ53

A user on Zhihu wrote, “the war [during that time] was the general form of aggression”, while saying all kinds of invasion is wrong. The right thing to do is to resist, the user further suggested, while referring to them as basic moral concepts.

One attempted to straighten out the scenario by saying that both sides’ invasion of each other was wrong, while adding “we should hate all such war acts” instead of targetting just the Japanese people.