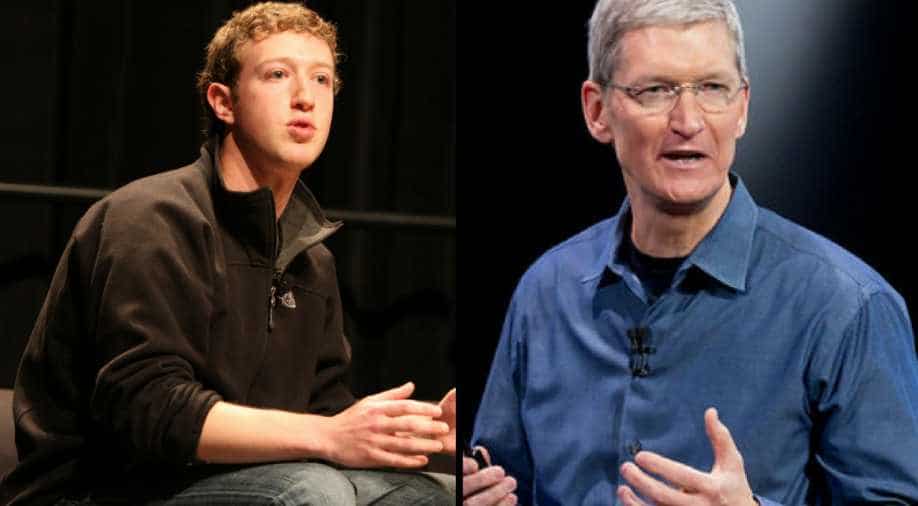 WhatsApp has two options for you - my way or the highway, you either accept its terms and conditions, share your personal information or lose access to WhatsApp.

The same app claims "respect for your privacy is coded into our DNA". There is a tech war underway between Apple and Facebook. The tech giants have been fighting over consumers.

Two years ago Facebook's tagline was "it's free and always will be", that slogan silently vanished in August 2019. It was after it was out in the open that Facebook is feeding off its users while using the data to serve advertisements.

Facebook invariably greets users with related ads. Facebook tracks your online activities - the apps and websites- tacks a shopper, ads being clicked and then targets customers with personalised ads. It is Facebook's business model and the customer is the product.

Facebook has been monetising personal data and Apple says it wants to put an end to it. It wants to give users control over their data and allows them to make a conscious choice whether or not they want an app to track their browsing activity.

Apple tracks users with an app tracking transparency feature. It will come as an update with IoS 14. Facebook is obviously not happy. It says the move will strangle small businesses. Facebook has started a webpage criticising Apple's move.

The company also published a full-page newspaper ad in December 2020, it read: "more than 10 million businesses use our advertising tools each month to find new customers, hire employees, and engage with their communities."

Facebook has also pushed small businesses out of the market. New York attorney general Letitia James had said that "by using its vast troves of data and money, Facebook has squashed or hindered what the company perceived as potential threats."

On December 18, 2020, Tim Cook tweeted: "We believe users should have the choice over the data that is being collected." Apple is not the good guy, if it really cared about user data why would it store iCloud keys in China?

Apple has been basically building roadblocks for its rival with the intention to harm Facebook and not benefit users. Facebook is worth around $778 billion, Apple over $2 trillion. The consumer base for both companies is almost the same - educated and social media savvy.

People buy iPhones, browse Facebook and Instagram on them. Apple makes money on the hardware, Facebook makes money from targeted ads both companies were symbiotic at least for some time.

Then Facebook acquired WhatsApp and iMessage became its rival while Whatsapp gained popularity in Brazil, India, Mexico, Germany and Turkey, iMessage maintained its dominance in America.

Then came the drop in iPhone sales and Apple started looking at software, subscriptions and payments for money. Soon, Facebook announced it is developing a cryptocurrency for payments within Whatsapp. It meant there was a threat to Apple pay.

Apple and Facebook are now fighting on the same turf with both fighting for dominance and fighting to profit from users. In 2018, Apple CEO Tim Cook criticised Facebook for tracking people's browsing activities.

"The truth is we could make a ton of money if we monetized our customer, if our customer was our product. We've elected not to do that," the Apple CEO said.