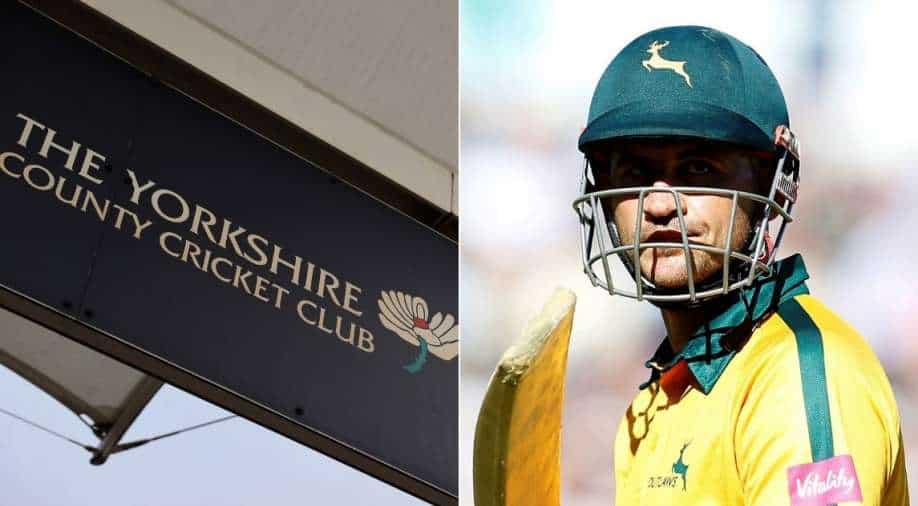 Alex Hales said that there wasn't "any racial connotation" in the name of his dog.

Former cricketer Azeem Rafiq had made serious allegations of racism and bullying when he was playing with Yorkshire, adding that the "institutional racism" at the English club left him close to taking his own life.

Teary-eyed Rafiq detailed discrimination within the English game in a compelling testimony and told British lawmakers on Tuesday (November 16) that he had lost his career to racism.

In his testimony, Rafiq said that former teammates, including Matthew Hoggard, Tim Bresnan and Gary Ballance had used racial slurs towards him. "'Kevin' was something Gary used to describe anyone of colour in a very derogatory manner. It was an open secret in the England dressing room," Rafiq said.

"Gary and Alex got close to each other playing for England, but I understand Alex went on to name his dog Kevin because it was black. It is disgusting how much of a joke it became," he added.

"I entirely respect and have huge sympathy for both the stance Azeem Rafiq has taken and what he has had to endure. His evidence was harrowing. There is no place for racism or discrimination of any kind in cricket and I will gladly co-operate with any investigation the game's authorities choose to hold," Hales added.

On the other hand, ECB promised to probe the allegations that England players used the word 'Kevin'. The term is slang and used as abuse for people from black and Asian backgrounds. "The first time I became aware of the slur was reading the report. It will now form part of the ECB investigation," said England and Wales Cricket Board (ECB) chief executive Tom Harrison.