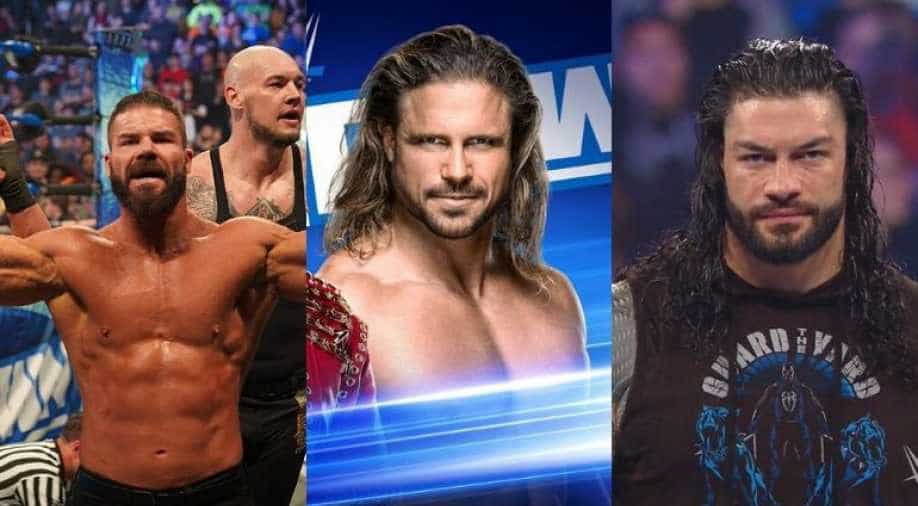 WWE universal champion 'The Feind' Bray Wyatt continued to play mind games with Daniel Bryan and John Morrison officially returns to the WWE ring after staying away from it for years.

Friday Night's SmackDown rolled in from Evansville, Indiana. SmackDown continued to surprise the viewers with John Morrison officially returning to the WWE ring after staying away from it for years.

WWE universal champion 'The Feind' Bray Wyatt continued to play mind games with Daniel Bryan. Both of them are scheduled for the universal title rematch at the Royal Rumble.

Evening started by Miz apologizing for his actions against Kofi Kingston, he justified it by saying that 'It was a bad day.'

Then Miz went on to invite John Morrison, his ex tag team partner as his guest on Miz TV and officially declaring his return to the WWE ring after years of absence. Morrison said that he was disappointed by fans after they turned on The Miz.

The show was intervened by 'The New Day' when Kofi Kingston and Big E came out and heated words were exchanged that led to a match between Miz and Kingston with Big E and Morrison on the commentary.

Bray Wyatt was back with 'The Firefly Funhouse' segment where he said that Daniel Bryan has been naughty, and 'The Fiend' will keep an account of it and return the favour at the Royal Rumble.

Bryan was interviewed after it, where he said that he would be hurt but not broken in the royal rumble. He recollected his days with the Wyatt family and the way it changed him. He said it only made him more dangerous.

But the interview was cut short by the puppet of Rumblin' Rabbit who tried to reveal a way to defeat 'The Fiend'. But the Wyatt stopped the video and later on Bryan found the decapitated puppet head in his locker.

In the 'Walk With Elias' segment, Elias took a dig at both Roman Reigns and Brock Lesnar on entering the Royal Rumble.

Here are some highlights of other matches:

King Corbin and Dolph Ziggler beat The Usos because they were disqualified after Roman Reigns speared Corbin at the ring-side.

A match between Sasha Banks and Lacey Evans was slated to take place but it never happened because Banks said that she will not fight unless written in the contract. Evans was provoked by Bayley after she passed comments about her kids backstage.

Roman Reigns too had an in-ring promo, where he said that his 2019 ended being terrible to him and 2020 is the year of the 'Big Dog'. He said that he will enter the traditional Royal Rumble and win it to the main event the Wrestlemania.