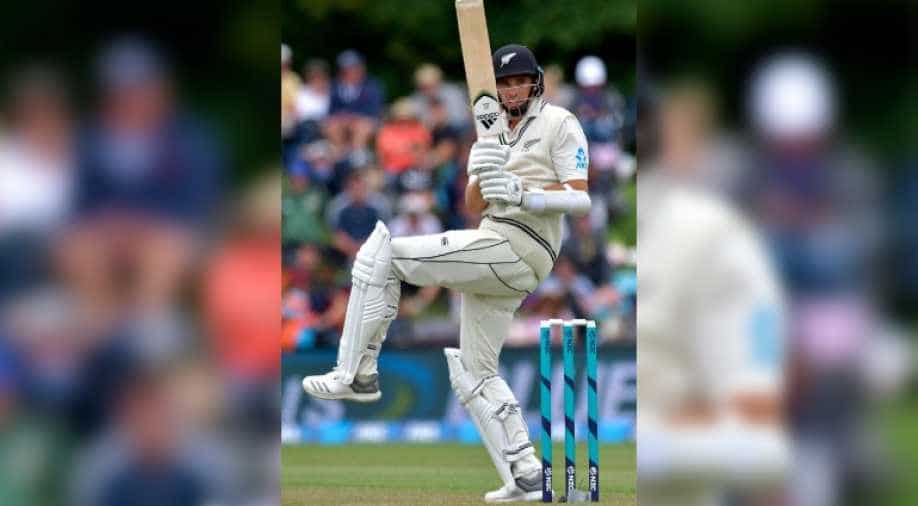 New Zealand's Tim Southee plays a shot during day one of the second cricket Test match against Sri Lanka at Hagley Park Oval in Christchurch on December 26, 2018.  Photograph:( AFP )

Tim Southee produced a fantastic performance on Day 5, the Kiwi was not only crucial with the bowl, but also the bat. The pacer, known for his brute batting skills, smashed a couple of sixes in his 30-run knock.

Team India put New Zealand on the back foot in the first session of Day 5 at the Rose Bowl in Southampton after the BlackCaps were down to 135 for 5. However, skipper Kane Williamson tried to stabilise the innings and De Grandehomme and Jamieson helped the kiwis reduce the deficit. Southee came to bat and continued the onslaught on Indian bowlers.

To challenge for the win, New Zealand needed some early wickets, and Gill fell for eight as Southee brought one back in to pin him leg before with the deficit still at eight.

Rohit Sharma and Cheteshwar Pujara knuckled down but another Southee inswinger did for the former, failing to play a shot as he went LBW for 30.

Pujara and Kohli saw out the remainder of the session and will return on Wednesday looking to build on India’s lead of 32.