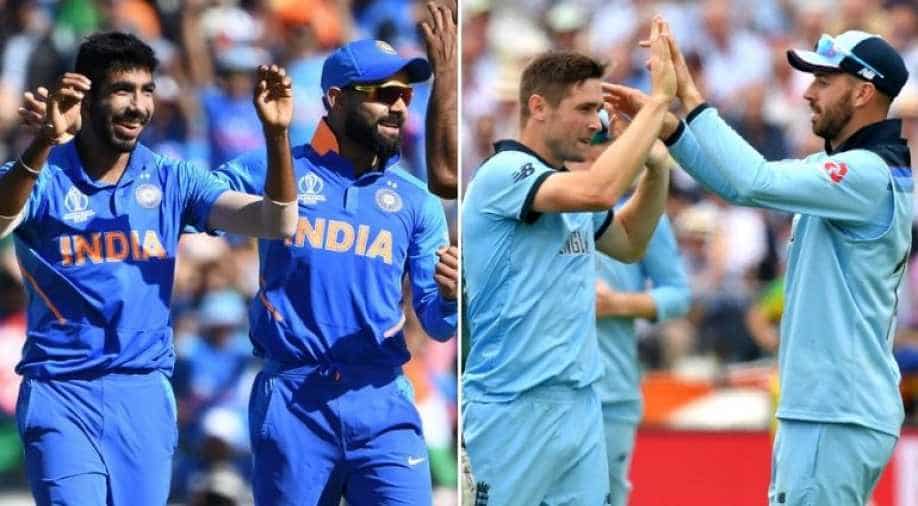 Asked if England had surrendered the favourite's tag to India, who remain the tournament's only unbeaten team so far, Buttler said labels were the last thing on their mind

England are still in control of their destiny at the Cricket World Cup and the mood is pretty good in the camp despite "external pressures", wicketkeeper-batsman Jos Buttler said ahead of Sunday's blockbuster clash against India.

Eoin Morgan's men entered the tournament as the number one one-day team on a mission to end England's agonising wait for a first 50-overs World Cup title, that too on home soil.

Back-to-back defeats by Sri Lanka and Australia have not only cost them their top ODI rankings but also jeopardised their semi-final prospects in their home World Cup.

Buttler conceded the team were feeling the pressure but assured they were not panicking.

"Mood in the camp is still very good," Buttler told reporters at Edgbaston.

"Naturally there are some external pressures. It would be naive to say we got blinkers on and not aware of things going on outside or the pressure of the tournament,'' Buttler said.

"We know we didn't perform well enough in the previous two games to be beaten but we still got the opportunity to put that right and the guys turned up with smile on their faces and ready for a big week," Buttler added.

The straightforward way to reach the semi-finals will be to beat India and New Zealand - teams they have not defeated at the World Cup since 1992 - while even one loss would put them at the mercy of other results.

Lasith Malinga's four-wicket masterclass in Leeds derailed England's chase against Sri Lanka and Australia outplayed them next to compound their crisis.

"Against Sri Lanka, we're very disappointed with the way we played, we should have got over the line in that game," Buttler said of his team's failure to chase down 233 in that match,'' Buttler said.

"Against Australia, we, unfortunately, did not get the early wickets that we were hoping to and they did get those early wickets. That was big phase of the game and credit to Australia. We got two massive fixtures to come, obviously a huge game on Sunday. Everything is still within our hands, these are stuff we can control and that's what we will be aiming to do," he added.

Buttler's assertion notwithstanding, teammate Jonny Bairstow has betrayed signs of pressure as he flayed former players for criticising the team's performance in the last two matches.

Asked if England had surrendered the favourite's tag to India, who remain the tournament's only unbeaten team so far, Buttler said labels were the last thing on their mind.

"I don't think 'favourite' or 'underdog' means too much for us. We know we need to play better, we know we are capable of playing better, and we look forward to the challenge of facing a very strong Indian team," Buttler said.