Wimbledon 2021: Getting to practice with Roger Federer was 'really cool', says Andy Murray 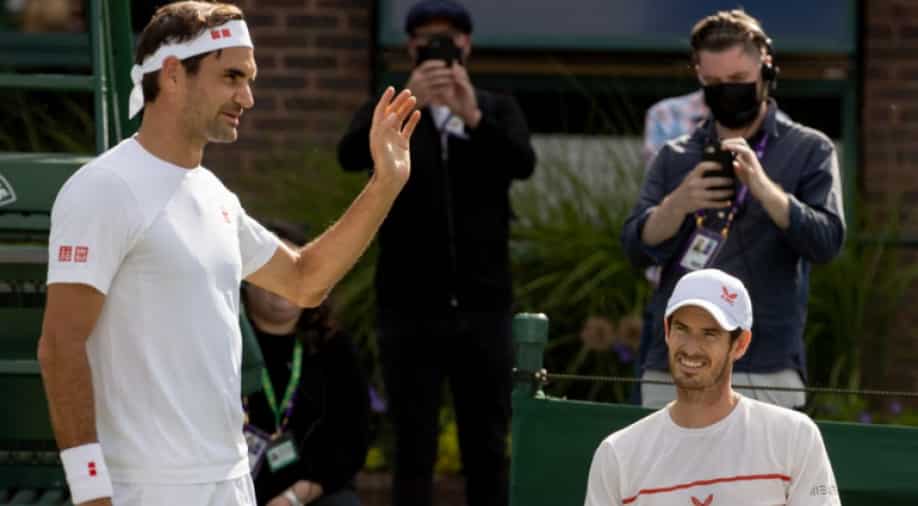 Andy Murray said that the experience of playing with Roger Federer was truly cool and that he liked such minutes more now than he did in his pinnacle years.

Andy Murray exchanged hits with Roger Federer prior on Saturday, sending online media swirling. Addressing Sky Sports after his training meeting with the Swiss maestro, Andy Murray said that the experience was truly cool and that he liked such minutes more now than he did in his pinnacle years.

"Getting to play with Roger was really cool for me. They're the sort of things that probably six, seven years ago I wouldn't have given any thought to it. I would have seen that as just being a practice session pre-major with a top player, and focusing on myself" - he said.

ALSO READ: I will try to play my best tennis against Novak Djokovic, says Jack Draper

He likewise revealed that he's been attempting to pump up his practical preparation ahead of his first appearance in singles at the grasscourt Slam since 2017: "I've had some good practices with top players. I would like to have done more. But I'm also trying to manage the physical side as well, which is very important. I want to go into Wimbledon feeling as fresh and as comfortable as possible when I get out there."

In head-to-head Roger Federer holds a 14-11 edge over Andy Murray, however, the two haven't played each other since 2015. Andy Murray conceded during the conversation that he has botched such freedoms to rehearse with the Swiss, fundamentally because of his health issues and fall in the rankings in the course of the most recent few years.

"I'm probably appreciating those things more," the Brit said. "When I take a step back from that, as a tennis fan, getting to play with Roger Federer two days before Wimbledon, it's really great. I haven't had the opportunity to do that sort of stuff much over the last few years. I enjoyed that."

Andy Murray trusts he can in any case rival the world's best players. Although, the three-time Major hero will be scrutinized directly from his initial match at Wimbledon, as he takes on Nikoloz Basilashvili in the first round.

Andy Murray is careful about the second-round match with the Georgian, and he has been raising the stakes in his training sessions of late. As well as sharing the court with Roger Federer and has additionally polished with Jannik Sinner among other top-rung players.

"The way that I've been performing in my practices with top players, I'm not going out there and getting whacked," Murray said. "I'm competing well with all of the players that I practiced with. That's a really positive thing for me. That's one of the reasons why I'm sure, if my body holds up, that I can do well, can compete with these guys on the biggest stages."